Netflix’s You led the Whip Watch Report of streaming originals among French viewers for the week of October 18-24th. The report ranks the most viewed series originating from SVoD platforms in the past week.

Second on the list is Netflix’s Squid Game, followed by Locke & Key to round out the top three. Family Business the French Netflix series comes in at #4 and My Name the quickly rising Korean drama comes in at #9.

Netflix dominates the report with the exception of Amazon Prime’s Orelsan: Never Show This To Anyone.” The documentary series about the rise of the famous French rapper Orelsan debuted on October 15th. 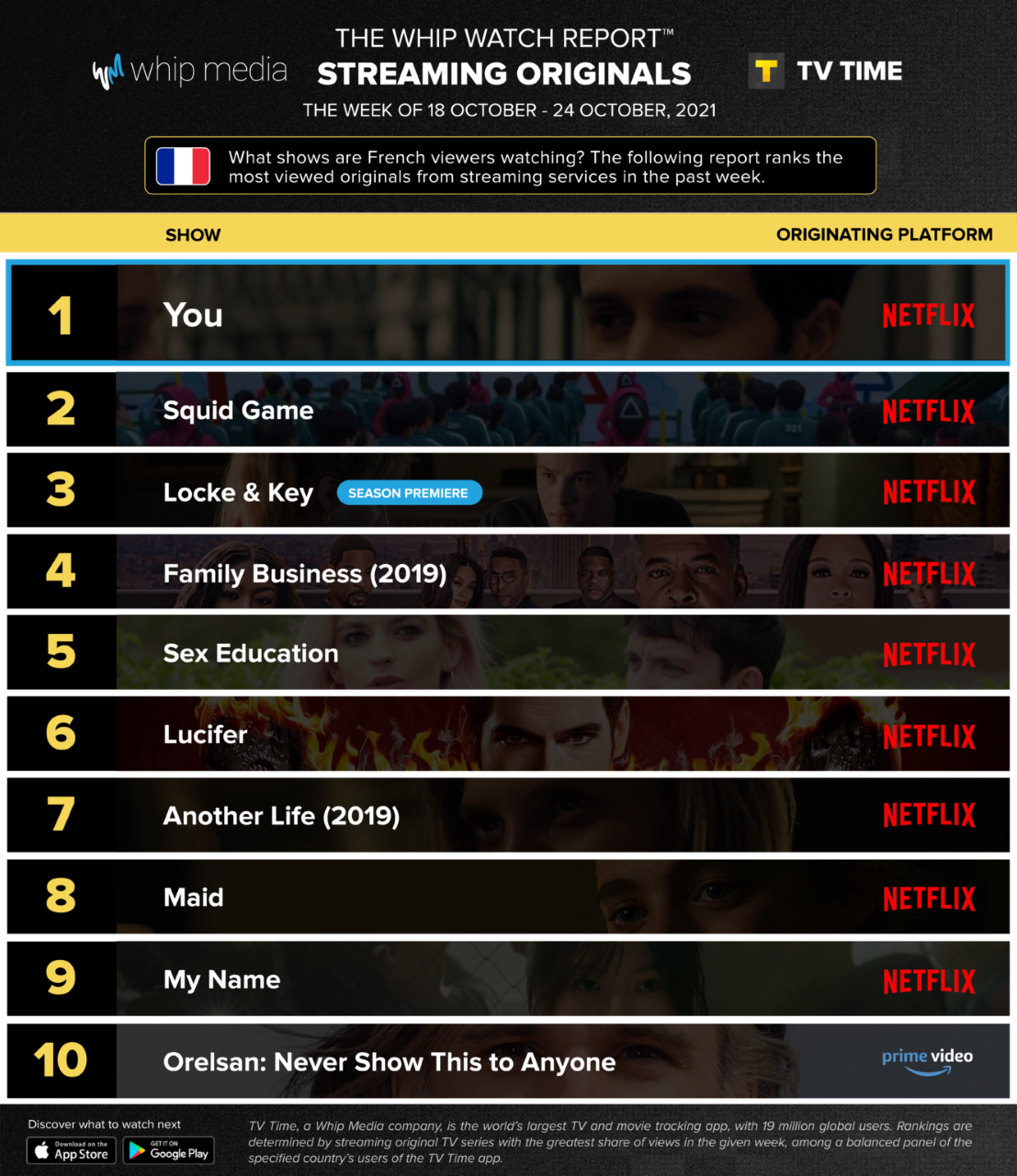