While Locke & Key leads the Whip Watch Report of streaming originals among Italian viewers for the week of October 25th – 31st, a new Netflix Italian original also made the top ten ranking.

The Whip Watch Report ranks the most viewed series originating from SVoD platforms in the past week.

Second on the list is Netflix’s You followed by Squid Game, which remains high on the chart again this week. Netflix’s Lucifer ranks as #4, followed by Sex Education and Maid.

Coming in at #7 is the Netflix Italian original An Astrological Guide for Broken Hearts. The new romantic series based on the novel by Silvia Zucca debuted on October 27th. Hulu’s popular mystery-comedy series Only Murders In The Building ranked as #8, followed by Another Life. AppleTV+’s sci-fi series Foundation takes the number ten spot on the list. 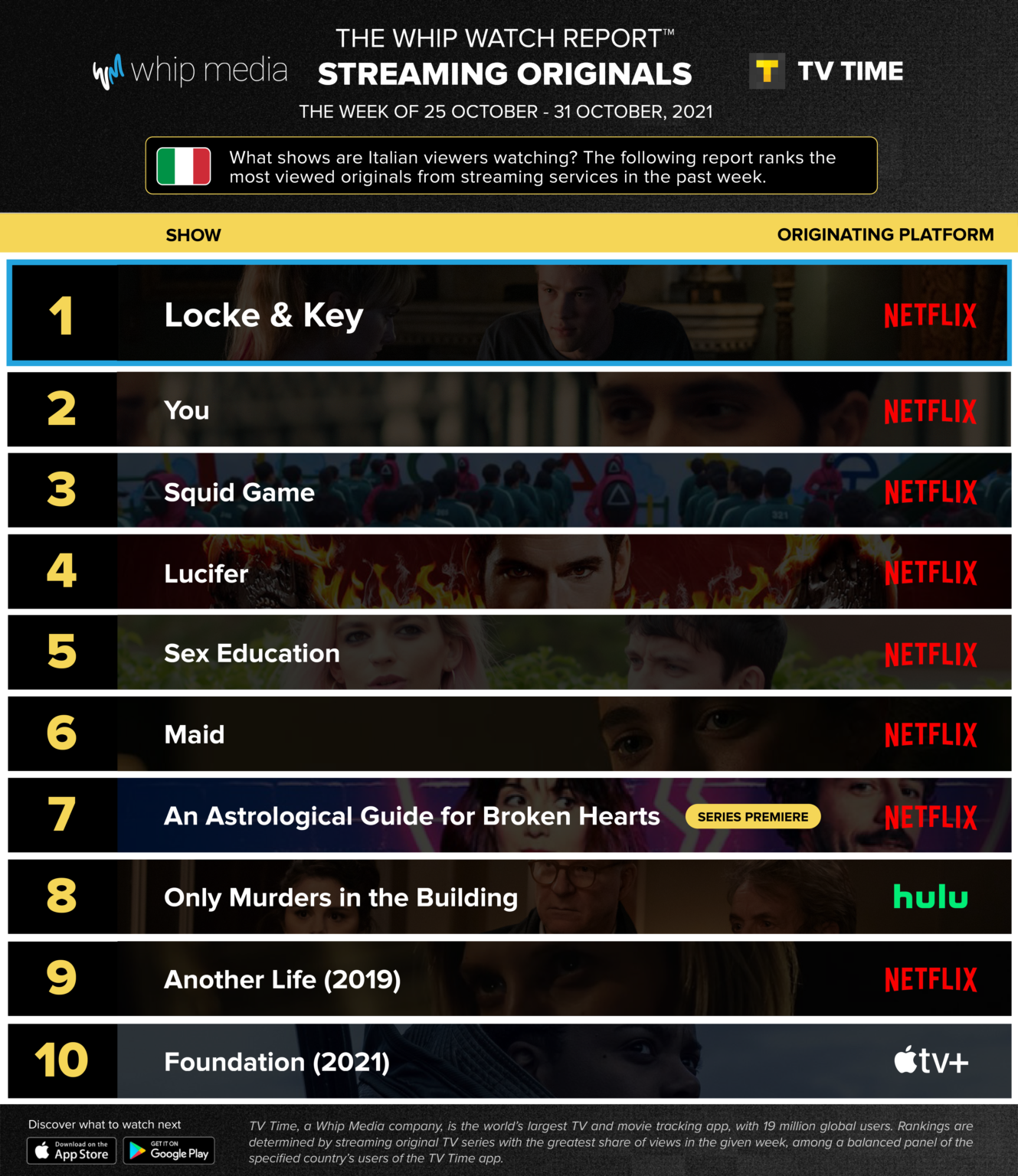