Ghostbusters: Afterlife has seen the best reception among Twitter users than any other franchise film to date, according to a study by Mobile Wins.

The study included a Twitter Sentiment Analysis, which pulls together all Tweets referencing a franchise film across the last decade, and assigns a positivity/negativity score to each.

Ghostbusters: Afterlife has seen the highest influx of positive Tweets over that period than any other franchise film, including Avengers: Endgame and Lord of the Rings: The Fellowship of the Ring. 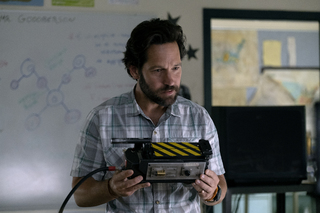 This is interesting, notes the study, given that the same analysis at franchise level found that Ghostbusters proved the second-least popular series of those analysed, and was beaten by the likes of X-Men, Jurassic Park and James Bond. Fast and Furious came out as the least popular.

The findings seem to suggest that fans are positive that the new Ghostbusters movie, which hits cinemas on November 18th, will prove to be the film that they’ve been waiting for – particularly given the somewhat negative fan reception of the female-led iteration that hit screens back in 2016.

Franchises analysed in the study

Other franchises that proved popular with Twitter fans were found to be X-Men, Shazam!, The Avengers, Man of Steel and Guardians of the Galaxy.

Blockbuster movies that didn’t stand up to scrutiny on social media included Hobbs & Shaw, The Empire Strikes Back, A View to Kill and X:Men: The Last Stand.