Bray Film Studios has announced its proposal for a major new development that will see the next phase of expansion of its historic film studios, with plans for new state-of-the-art studio facilities. The continued revitalisation of this iconic British film brand will see the studios returning to their former glory as a premiere shooting destination, also generating nearly 3,000 permanent jobs.

The multi-million-pound scheme, which has received a resolution to grant permission from the Royal Borough of Windsor and Maidenhead council will see a total of nine sound stages, workshops, production support facilities, and the permanent retention of a rehearsal building, whilst still maintaining the character of the studios and enhancing the creative space that the studios have provided over the last 70 years for some of the greatest talent in film and music.

To date, Bray Film Studios has already seen significant investment, including the refurbishment of the existing sound stages and the provision of new stages, associated workshops, and production support buildings. In addition to this investment, and the proposed expansion, the owners have undertaken the sensitive restoration of an 18th-century grade II listed English country house at Down Place, the historic heart of the studios, which over the years had fallen into a state of disrepair.

With the UK’s recent production boom and continuing demand for stage space, Bray Film Studios is in a prime position to attract films and television programmes from the UK and the US majors, alongside new Subscription Video on Demand players who are attracted to the skilled crew base, wealth of locations, world-class studio facilities and competitive UK tax breaks. Bray’s prestigious location on the bank of the River Thames, just 26 miles from central London, makes the Studios a top choice for both domestic and international productions.

The planned expansion will not only serve as a boost to the British film industry in its continued need for additional studio space but would also provide a major boost to the economy of the Royal Borough of Windsor and Maidenhead. Estimated benefits include more than £1 billion production spend over the next decade, much of which will be spent locally, as well as increased permanent benefit to local businesses through the utilisation of local suppliers and hospitality.

Furthermore, the expansion will generate close to 1500 direct jobs both on and off-site and a similar number of indirect jobs through the supply chain. This will include up to 830 jobs in local employment and within the wider local economy. The expansion of Bray Film Studios has so far seen significant support from titans of the British film industry. 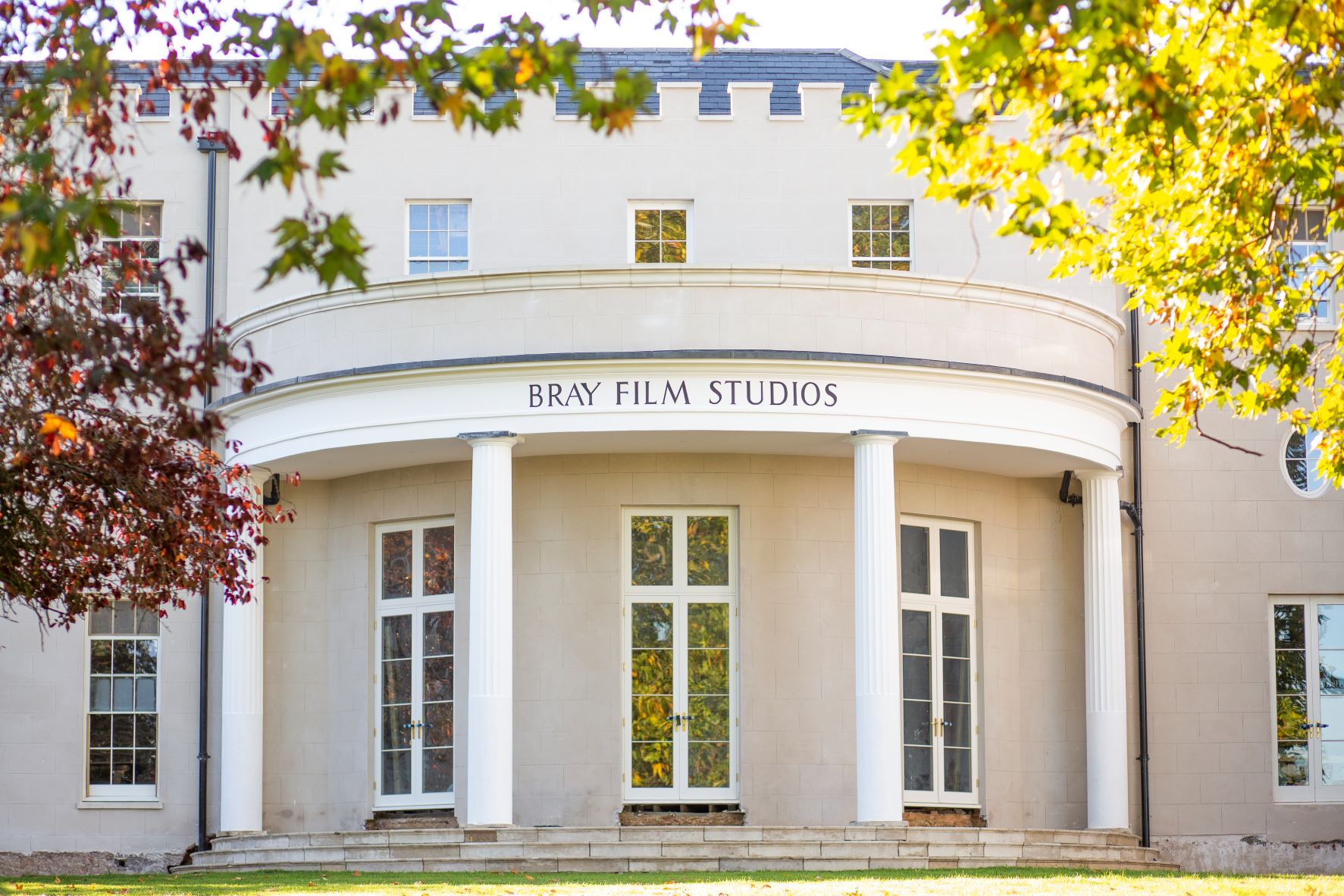 Adrian Wootton OBE, Chief Executive of the British Film Commission, said: “To see the revival and continued expansion of a studio as iconic as Bray Film Studios is hugely positive for the UK screen industries. It’s an exciting time for our sector. The demand for content is at an all-time high, significant stage space developments and expansions are in the pipeline across the UK, and innovative partnerships between public and commercial screen organisations are working to address the increasing demand for skills. This investment into Bray Film Studios is an important step in harnessing these opportunities, and will hugely help in continuing to attract major international production, investment, and employment to the UK.”

Steeped in heritage, the renowned Studios were established in 1951 as the original home of Hammer Films, creating a cult genre of over 100 distinctive fantasy and horror films. The production of such horror classics as The Curse of Frankenstein, Dracula and The Mummy took place at Bray Film Studios, as well as the cult classic The Rocky Horror Picture Show and the model work of Ridley Scott’s Alien. More than just a film studio, Bray’s sound stages also served as a concert and rehearsal space for an illustrious roster of international artists, including Led Zeppelin, Queen, David Bowie, Kings of Leon and Amy Winehouse. After a period of decline and the possibility of the Studios turning into housing, a return to film was enabled and the future of the Studios secured. Recent productions include The King’s Man, Academy Award-winning Elton John biopic, Rocketman, Mamma Mia 2: Here We Go Again and the BBC’s Dracula – harkening back to the Studios’ horror roots.

Linda Teare, Director of Bray Film Studios explained: “We’re thrilled to be welcoming film and high-end television productions back to Bray. With our investment to date, our location and film-making history spanning over 70 years, we’re in a great position to respond to the demand for studio space and support Britain’s creative industries. It’s wonderful to be reviving this historic studio and preserving a part of Britain’s rich film history.”