The Walt Disney Company in EMEA has marked Disney+ Day by confirming more titles launching on the streaming plaform this year and next; and unveiling new EMEA Original commissions.

As previously announced, subscribers can immediately stream 17 content premieres on Disney+, including the new original drama series Dopesick starring Michael Keaton, Marvel Studios’ Shang-Chi and The Legend of The Ten Rings, documentary about Billie Elisih’s recent cinematic concert experience The Making of Happier than Ever: A Love Letter to Los Angeles and Disney family-friendly adventure film Jungle Cruise. Also making its debut on the platform today is the live-action/animated musical fantasy romantic comedy film Enchanted from 2007, starring Amy Adams and Patrick Dempsey and all-new original series of shorts Olaf Presents. All new titles can be found on Disney+’s homepage today.

Also as part of Disney+ Day fans will be able to follow along on Twitter, Facebook, and Instagram for first looks, new trailers, exclusive clips, and appearances from Disney+ creators and stars for upcoming content from Disney, Pixar, Marvel, Star Wars, National Geographic, and Star.

Through November and December, Disney+ in the UK will launch a new show or movie every week that includes Marvel’s Hawkeye on November 24th, Ridley Scott’s The Last Duel on December 1st, Encanto (pictured) on December 24th and National Geographic’s The Rescue on December 3rd. 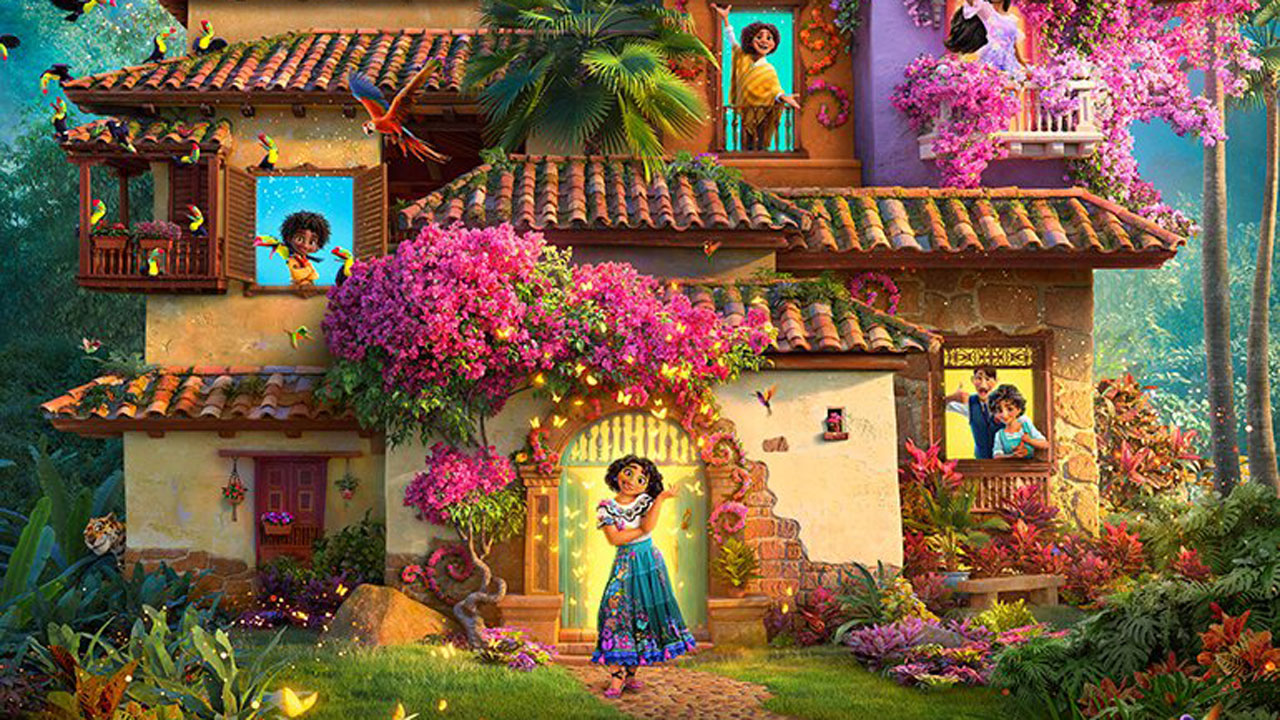 Under the general entertainment brand, Star, Disney+ confirms that Niccolo Ammaniti’s dystopian, new-world drama, Anna, will be available for subscribers this November. The Big Leap starring Scott Foley and Piper Perabo will arrive on Disney+ on December 1st and The Wonder Years on December 22nd. Derek Delgaudio’s In & Of Itself, an intimate exploration of what it means to be and be seen, will also premiere on December 31st.

Subscribers can also look forward to all existing and new season of iconic action drama NCIS, award-winning documentary The Reason I Jump based on the bestselling book by Naoki Higashida and Isabel Peña and Rodrigo Sorogoyen’s Spanish police thriller Antidisturbios making their debuts exclusively on Disney+ in the next 12 months. And the year ahead will also see exclusive original content arrive on Disney+ including Pam & Tommy starring Lily James and Sebastian Stan, Pistol from FX and exec produced by Danny Boyle and docuseries Welcome to Wrexham featuring Wrexham AFC owners, Ryan Reynolds and Rob McElhenney.

As part of The Walt Disney Company’s commitment to sourcing, developing and producing a slate of 60 original series by 2024, Disney+ unveils today a new local Spanish original taking the total number of titles greenlit to 21. Consisting of 16 scripted and five unscripted from six countries including the UK, France, Germany, Italy, Spain and the Netherlands.

In Spain, Balenciaga (working title) is confirmed as its first scripted original title announcement, marking the start of their original commissioning pipeline. The Original drama limited series tells the story of a man who dares to defy his social status as the son of a seamstress and a fisherman. Using his natural talent, constant work and sharp nose for business, Balenciaga goes on to become one of the most prominent fashion designers of all time. Created by Lourdes Iglesias and 12-time Goya Award-winners Jose Mari Goenaga, Jon Garaño and Aitor Arregi (The Endless Trench), the series is a story about the search for identity while overcoming adversity and defying social conventions throughout changing times.

Disney live-action adventure series Nautilus has found its star and its lead director. Shazad Latif (Star Trek: Discovery, The Pursuit of Love) will play the iconic role of Captain Nemo, the enigmatic Indian prince who steals a fantastical submarine from the East India Company and sets sail in search of adventure under the sea. Michael Matthews (Love and Monsters, Five Fingers From Marseilles) will direct this never-before-told origin story inspired by Jules Verne’s 20,000 Leagues Under the Sea.

Finally, in romantic action-comedy thriller Wedding Season, Gavin Drea (Valhalla, Valerian and the City of a Thousand Planets) is confirmed to star opposite Rosa Salazar as her on-again, off-again lover Stefan. Salazar stars as Katie, a picture-perfect bride who we meet on her wedding day surrounded by the dead bodies of her new husband and every member of his family. Jade Harrison (Foundation, The Stranger) and Jamie Michie (Back To Life, Game of Thrones) star as measured DCI Metts and volatile DI Donahue, the police detectives charged with investigating the murders of Katie’s husband and his family.