The satellite was launched on July 30th on board an Ariane 5 from Europe’s Spaceport in French Guiana and reached its final orbit position a few days later at 48 degrees East covering a wide angle of service from West Africa to the Strait of Malacca in South East Asia.

The craft, developed under a Partnership Project with the European Space Agency and builder Airbus, is super-flexible as a software-defined satellite and now ready to enter commercial service. It will provide data and mobile communications for governments and other users. Because it can be reprogrammed in orbit, and at any time, it can respond to changing demands for data transmission and secure communications during its 15-year lifetime. 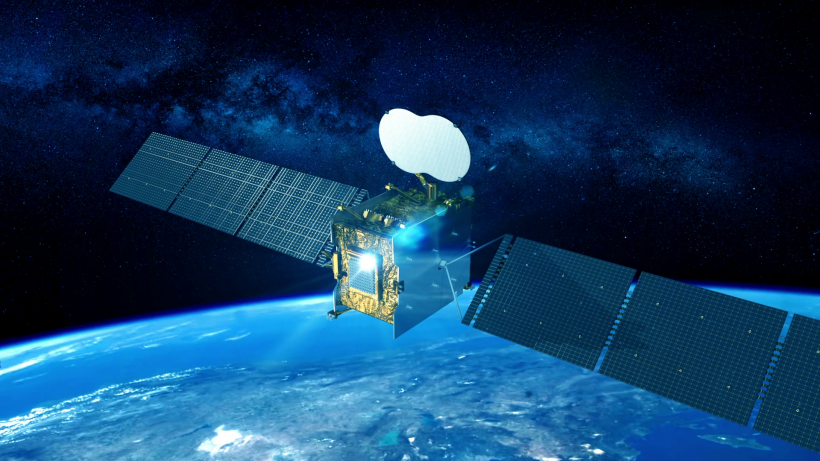 The satellite’s beams can be reshaped and redirected to move in almost real time to provide information to passengers on board moving planes, ships, trucks and cars. The beams also can be easily adjusted to deliver more data when demand surges.

Quantum can detect and characterise any rogue emissions, enabling it to respond dynamically to any accidental interference or intentional jamming.

Eutelsat Quantum is a UK flagship project with most of the satellite developed and manufactured by British industry. Airbus was the prime contractor and was responsible for building the satellite’s innovative payload, while Surrey Satellite Technology Ltd manufactured the new platform. The innovative phased array antenna was developed by Airbus in Spain.