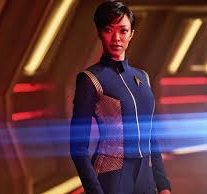 The global release of the 4th season of Star Trek spin-off series Discovery has been pulled just days before its planned launch.

The popular sci-fi series had been due to launch outside North America on Netflix on November 19th. However, Netflix has lost the rights to Paramount, who will now put the show on its own streaming service, Paramount+.

Viewers outside the US and Canada must now wait until Paramount+ launches internatinally in 20 countries, including the UK, next year, to watch the new season.

A statement said Paramount+ would be available in early 2022, but an exact date and plans for the rest of the world have not been announced.

All previous seasons of Star Trek: Discovery have also been removed from Netflix.