Second on the list is You, followed by the third and final season of Narcos: Mexico which debuted on November 5th.

Locke & Key and Squid Game continue to hold top spots on the list ranking at #4 and #5, respectively.

Arcane, the new animated Netflix series based on League of Legends, takes the #6 spot on the report. Arcane, which debuted on November 6th, is proving to be a big hit. As Netflix continues to lean into video game IP, the strategy is paying off.

AppleTV+ takes three spots on the report with the sci-fi series Foundation ranking at #7, The Morning Show coming in at #9 and Invasion at #10. The fifth season of the popular Netflix adult animated series Big Mouth takes the number 8 spot. 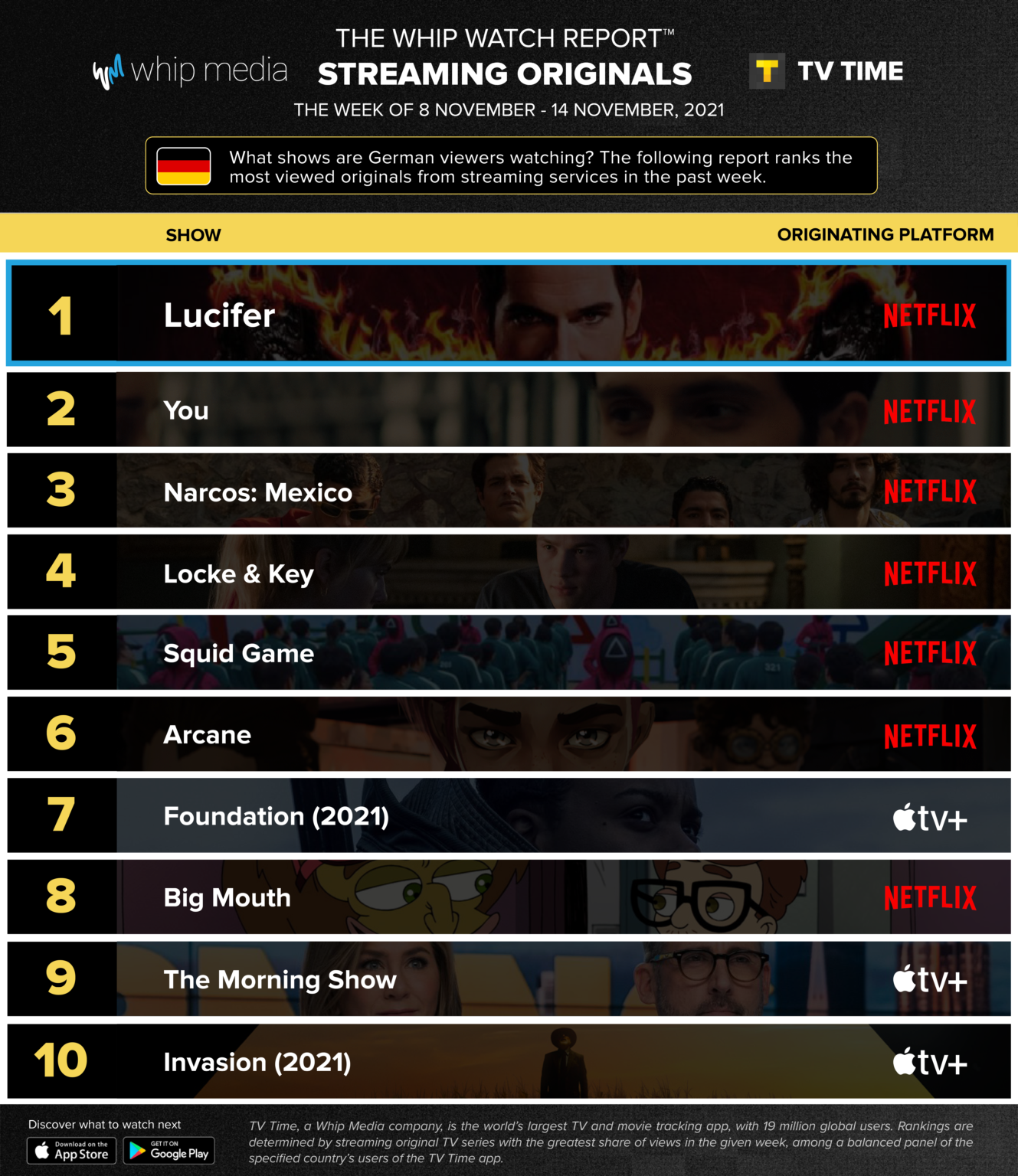