Late on November 17th, Irdeto – perhaps significantly a Netherlands-based company – became the first in our sector to declare it was pulling out of IBC 2021. It was soon followed by Viaccess-Orca.

By Friday afternoon (November 19th) they had been joined by Broadpeak, Black Magic, DVB, Grass Valley, Xytech and more.

Synamedia, still in the mix on November 18th, posted a 12 word statement on their site on November 19th saying: “Sadly we will not be present at IBC 21. We will be in touch.” 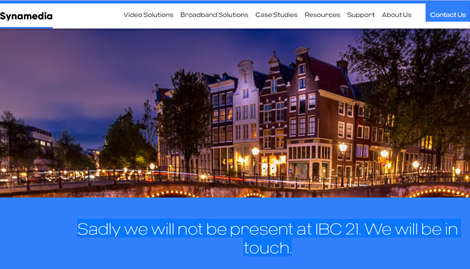 It is hard to predict what next week will bring, though a late-late call off, as per NAB, now seems a real possibility.