Arcane, the animated series based on the popular League of Legends video game, continues to climb the charts taking the number one spot. Netflix announced that it would be bringing Arcane back for a second season over this past weekend.

Second on the list is Locke & Key, followed by You and Narcos: Mexico.

The highly anticipated adaptation of the Wheel of Time from Amazon Prime Video ranks fifth on the chart. The fantasy series based on the Robert Jordan novels made a strong debut on November 19th.

AppleTV+ sci-fi series Foundation ranks at #6 followed by Lucifer and Squid Game drops to #8 on the list.

Hellbound, the new South Korean Netflix series to captivate audiences, takes the #9 spot on the report. The thriller is already being compared to Squid Game as having the potential to be Netflix’s next big global hit.

Coming in at #10 is season 3 of Family Business, the popular French Netflix series. 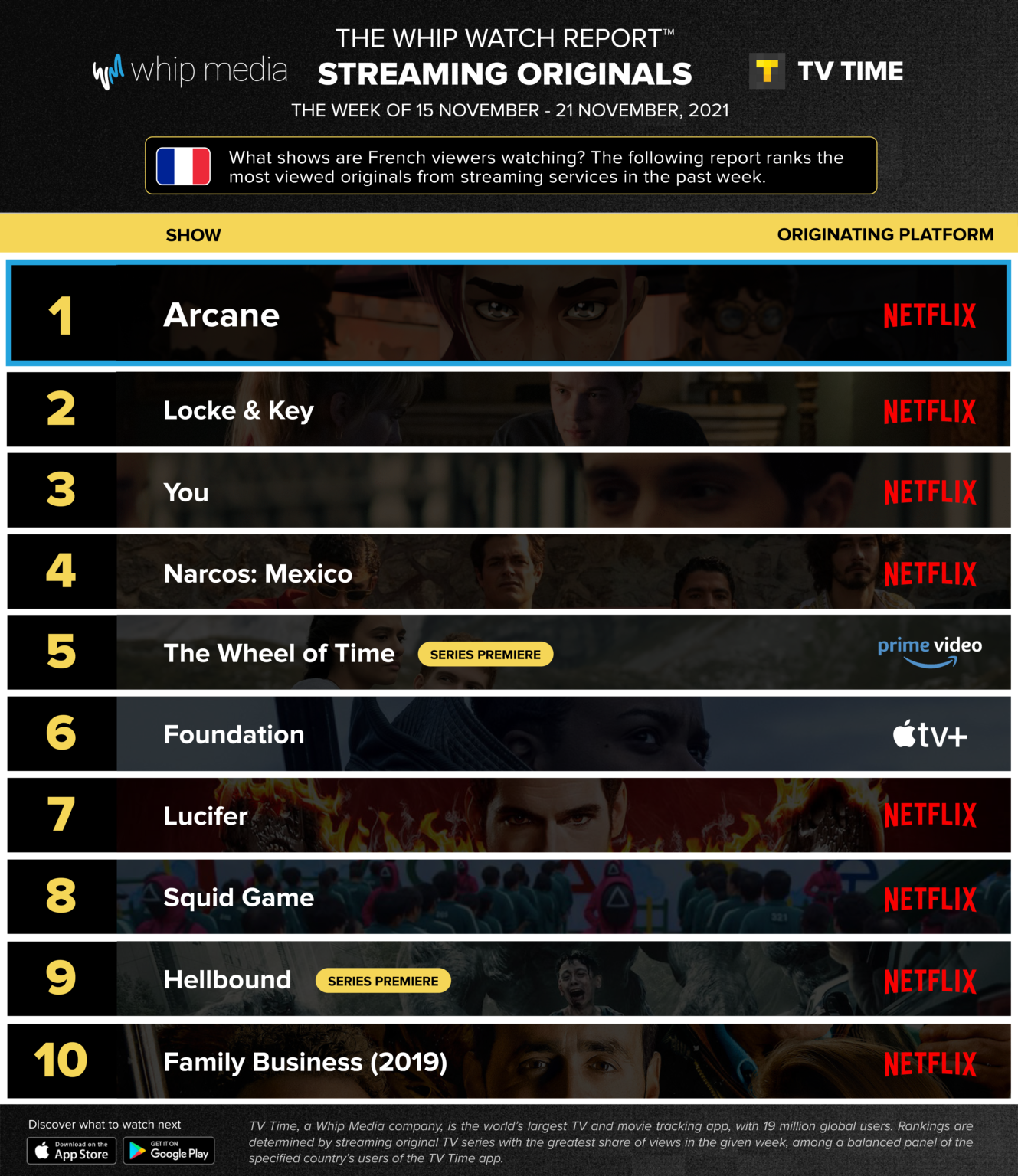