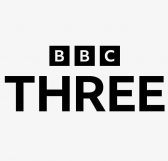 BBC Three is set to return to TV screens for the first time in six years, after UK media regulator Ofcom approved its relaunch as a broadcast television channel.

The new broadcast channel will launch in early February 2022 and will be available on Freeview, Sky, Virgin and Freesat with EPG numbers to be confirmed at a later date.

The decision coincides with Ofcom’s fourth annual report on the BBC’s performance, which assesses, among other things, its progress in reaching underserved viewers and listeners. This includes younger people who typically spend less time with the BBC’s programmes.

Ofcom said it carefully assessed the BBC’s plans, alongside evidence and feedback gathered during its consultation. Ofcom concluded that the channel’s relaunch will help the BBC to increase its reach among younger underserved viewers – particularly those from lower-income homes, and audiences who live outside London and the South East.

To ensure the channel is distinctive, at least 75 per cent of hours broadcast each year must be original programmes, commissioned by the BBC for UK viewers. Ofcom is also requiring the channel to deliver first-run UK content across a mix of genres, as well as weekday news programmes.

Are you being served?

The relaunch of BBC Three is one part of how the BBC intends to deliver for all audiences, which is critical for its future sustainability. Ofcom has published a report looking back over the last four years, to assess how well the BBC has served UK audiences so far during the Charter period.

Ofcom found that the BBC has broadly delivered against its remit. It remains popular with viewers and listeners, and 2020 saw its reach stabilise after a period of decline. Almost nine in 10 adults (87 per cent) consume BBC content each week. It also adapted quickly during the Covid-19 pandemic, changing its production and scheduling to keep on informing, educating and entertaining the public.

But Ofcom’s review also identifies several long-standing themes that the BBC must address. These include:

Last year, more people used BBC news – on TV and online – across all age groups, including young people. It remains the most popular source of news in the UK. But while audiences score BBC TV news highly for accuracy (71 per cent) and trust (68 per cent), audiences consistently rate it less favourably for impartiality, with 55 per cent giving it a high score.

Around three in five adults (58 per cent) have a favourable impression of the BBC. But disabled audiences (53 per cent), people in Scotland (49 per cent) and those from less-well-off backgrounds (53 per cent) are less satisfied.

Younger people aged 16-34 spend much less time with the BBC each day – just over an hour compared with 2 hours 23 minutes for the average adult. More children aged 11-16 use Netflix (77 per cent) than the BBC’s TV, radio and online services combined (74 per cent).

The BBC is making changes better to connect with less-satisfied and younger audiences through a number of commissioning, funding and talent initiatives. It is critical for its long-term success that it puts these into action and ensures its workforce is more representative of people from different backgrounds.

Daring to be different

Ofcom’s research found that fewer than half of UK adults rate the BBC positively on providing content that ‘dares to be different’.

The BBC’s spending on first-run, original TV content has been in long-term decline – from £1.6bn in 2010 to £1.01 billion in 2020 – a decline exacerbated by the pandemic (-16 per cent year on year). Spending on first-run programmes in at-risk genres like comedy and music has declined faster compared to spending on all other genres.

But the BBC’s support is still crucial to the UK’s creative sector. Forty-four per cent of total spending by UK public service broadcasters on commissions from external production companies comes from the BBC.

As the BBC focuses on high-impact content in the face of budgetary pressures and increasing competition for audiences, it must maintain its commitment to original UK content, including in at-risk genres. Ofcom would be concerned if acquisitions were to play too large a role in the BBC’s overall content mix.

“The BBC remains highly valued by the public and made a clear, positive contribution during the pandemic,” stated Kevin Bakhurst, Ofcom’s Group Director, Broadcasting and Online Content. “But the last year has also seen its reputation hit by historical failings, with some viewers and listeners doubting its impartiality, and others feeling excluded.”

“The BBC must dare to be different, extending its appeal to viewers and listeners of all backgrounds, classes, cultures, ages or locations. That includes producing bold UK content, which is why we’re setting new rules around the relaunch of BBC Three,” he advised.

What’s next for BBC regulation?

The report feeds into Ofcom’s wider review of BBC regulation as Ofcom approach the mid-point of the BBC’s Charter. Ofcom is considering whether regulation remains appropriate in holding the BBC to account for viewers and listeners.

Taking account of responses to its consultation published earlier in 2021, Ofcom will make recommendations to Government in spring 2022 on the future for BBC regulation. At the same time, Ofcom will consult on proposals to update the BBC’s Operating Licence for the digital age, with a new licence to be in place by April 2023.

Fiona Campbell, Controller BBC Three, said: “I’m absolutely thrilled that Ofcom have now confirmed that BBC Three will be returning to TV screens next year. This is a big moment, with the new channel providing a destination for young audiences to discover more content on the BBC. We will work hand in hand with iPlayer to provide a broad offering that is representative of the whole of the UK and we will continue to back new talent and bold ideas. This approach will bring the audience a distinctive mix of programmes that are there to entertain, inspire and challenge thinking, at a pivotal and exciting time to be young in the UK.”

In light of the channel’s approval, the BBC and Pact have agreed a new Terms of Trade deal for television productions made by independent producers.

The new terms coupled with BBC Three’s return as a broadcast channel is a positive outcome for all parties as it will provide more value to audiences, ensures a clear framework for producers and provides the BBC with flexibility to have programmes available to watch on both BBC Three and iPlayer.

BBC Three will deliver greater public value to all audiences by further increasing the diversity and creativity of the output. We’re aiming for two-thirds of the expanded programme spend to be outside of London, providing more opportunity for a wider range of suppliers from across the whole of the UK.

BBC’s Commercial, Rights & Business Affairs Director, Jo Korn, commented: “This new deal is great news for both the BBC and independent producers, and we are really pleased to have concluded this in good time for launch. It provides the channel with the flexibility to ensure its programmes deliver real value to audiences however they wish to view the content, as well as recognition of success for producers.

Pact’s Director of Business Affairs, Max Rumney, added: “Our members are pleased to see the return of the linear channel and the opportunities this will bring for producers to showcase the brilliant creativity of the UK independent production sector. It is a great example of Pact and the BBC working together to deliver a positive result for everyone.”