Netflix’s Italian original Tear Along the Dotted Line beat out Disney+’s Hawkeye to lead the Whip Watch Report of streaming originals among Italian viewers for the week of November 22-28. The Whip Watch Report ranks the most viewed series originating from SVoD platforms in the past week.

Tear Along the Dotted Line is a new adult animated series written and directed by the popular Italian cartoonist Zerocalcare. Hawkeye, the newest Disney+ Marvel series, takes the #2 spot after its November 24th premiere. 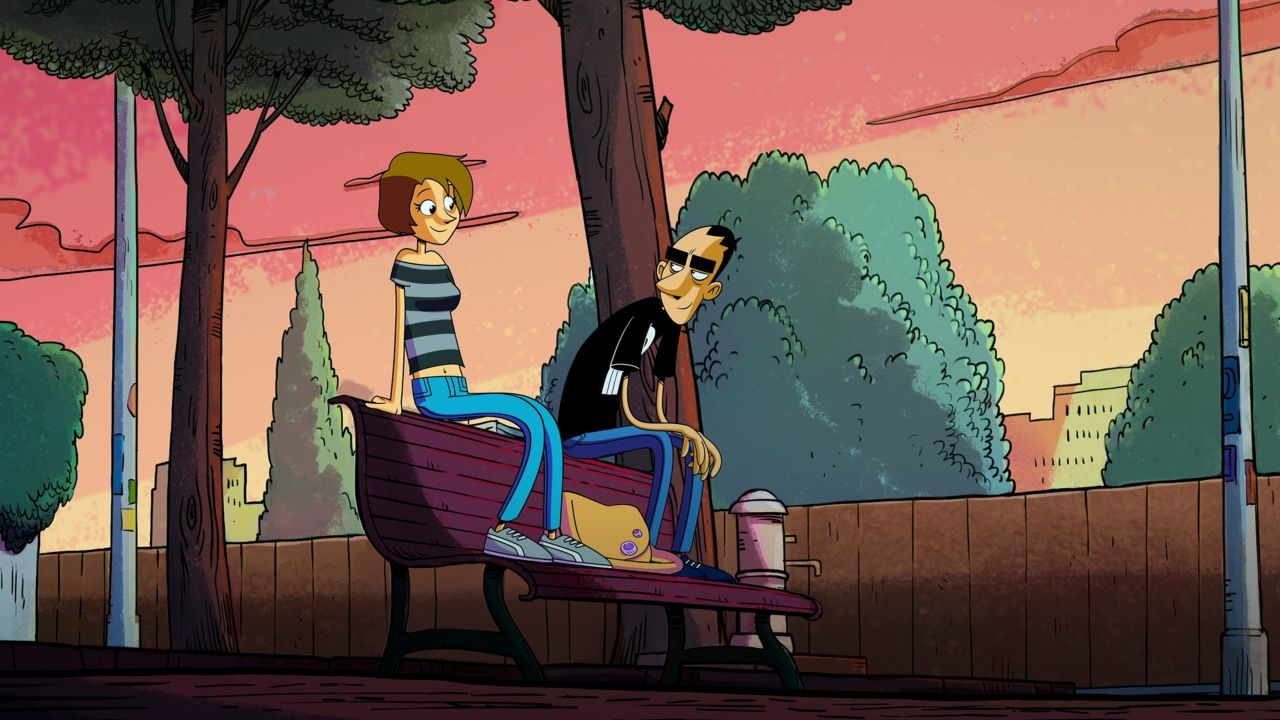 The highly anticipated adaptation of the Wheel of Time from Amazon Prime ranks third on the report. Arcane, the animated series based on the popular League of Legends video game, comes in at #4 followed by You and Locke & Key. Taking the #7 spot is Cowboy Bebop followed by Narcos: Mexico.

All Or Nothing: Juventus from Amazon Prime is ranked ninth. The sports docu-series follows the Juventus football club through the highs and lows of their 2020/21 season. Coming in at #10 is Dan Brown’s The Lost Symbol on Peacock. 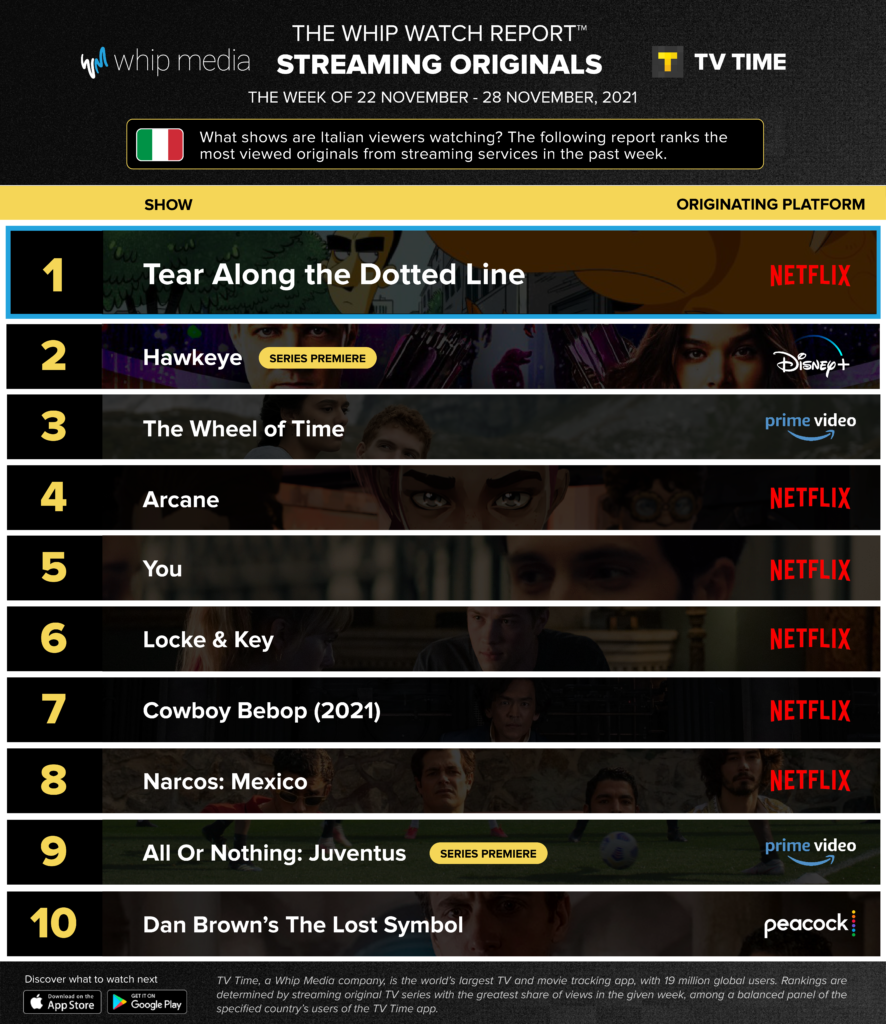