ITV Studios has announced a host of deals in Asia Pacific for scripted content across its catalogue, including pre-sales for brand new shows Anne, The Ipcress File, Holding, Redemption, Our House and season two of Noughts + Crosses.

Anne (World Productions), the story of Anne Williams, an inspirational mother who dedicated her life to campaigning for justice following her son’s tragic death at the FA Cup semi-final between Liverpool and Nottingham Forest at Hillsborough in 1989, has been acquired by BBC Studios in Australia, Acorn TV in New Zealand and KT Corp in Korea. Meanwhile, TVNZ has pre-bought Our House (Red Planet Pictures), a thriller adapted from the international best-seller by Louise Candlish; season two of Noughts + Crosses (Mammoth Screen), based on Malorie Blackman’s award-winning young adult book series; Holding from Happy Prince Productions, based on Graham Norton’s acclaimed novel; and new crime drama Redemption from Tall Story Pictures & Metropolitan Films – which has also been bought by Britbox Australia.

The spy thriller from Altitude Film Entertainment, The Ipcress File, has been bought by Now TV in Hong Kong and the Seven Network in Australia, as well as Lionsgate Play in India and Southeast Asia and TFC in Japan, which has also acquired Vigil, along with TVNZ and BBC Studios in Australia. Elsewhere in Japan, WOWOW acquired series six of World Productions’ globally-acclaimed Line of Duty as well as The Bay (Tall Story Pictures), Endeavour (Mammoth Screen) and Snowpiercer (Tomorrow Studios and Studio T), while AXN Mystery has licensed a number of titles including the character-driven drama from Silverprint Pictures, The Long Call, which was also picked up by SBS in Australia

Also from World Productions, Showtrial has been picked up by the Seven network, TVNZ and Lionsgate Play for India and Southeast Asia. It has also been acquired by KT Corp as part of a long-running output deal that includes a range of shows, such as crime thriller The Tower, written by Patrick Harbinson and produced by Windhover Films and Mammoth Screen, returning hits Vera, Shetland (both Silverprint Pictures) and Endeavour, as well as comedies Jann (Project 10) and Spreadsheet (Northern Pictures).

A number of non-English language dramas have also been acquired. Season four of Beaubourg Stories’ crime procedural Balthazar will be seen on Acorn TV in Australia and New Zealand, U-NEXT in Japan and KT Corp, The Thin Blue Line (Anagram Sweden) has been licensed to SBS Australia and Mola TV in Indonesia, Malaysia and Singapore; and Sky, Cattleya and Groenlandia Production’s epic Romulus will also be on Mola TV, along with SBS in Australia and Lionsgate Play India.

Meanwhile Eugene and Daniel Levy’s Emmy award-winning Schitt’s Creek (Not A Real Company Productions Inc. for CBC and Pop TV) also saw further sales. Coupang Play Korea has acquired seasons 4-6, with the entire series being sold to Netflix to stream in select territories in Southeast Asia, as well as Mola TV and TVNZ.

Augustus Dulgaro, Executive Vice President – Distribution, Asia Pacific at ITV Studios, said: “We are fortunate enough to have a muscular slate of new scripted IP from the best producers in the business. It is testament to the quality and commercial appeal of our content that it is finding a wide and appreciative response from buyers and audiences in the Asia Pacific region.” 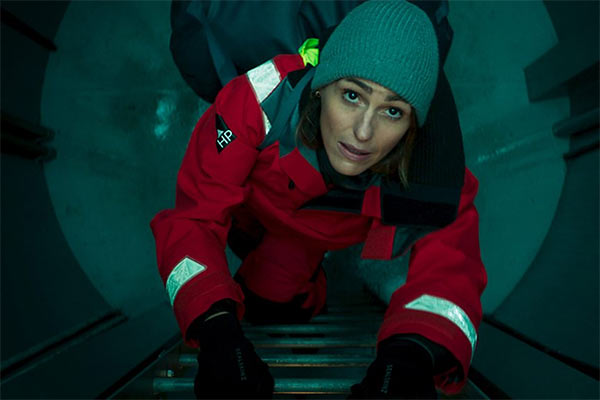 Additioanlly, ITV Studios has announced a raft of deals for its non-scripted programming in Asia Pacific.

Meanwhile, a number of titles from ITV Studios’ natural history slate have also been acquired. In New Zealand, the Great Barrier Reef: The Next Generation (Northern Pictures) was sold to TVNZ while Sky has bought Atlantic Productions’ series Attenborough’s Global Adventure and BBC Earth acquired the same prodco’s Judi Dench’s Wild Borneo, as well as The Wild Landscapes of China from Tin Can Island Productions, which has also been bought by BBC Earth in Australia. Additionally, Wild China with Ray Mears (also Tin Can Island Productions) has been bought by BBC Studios in Australia.

Also in Australia, other deals include the Seven network acquiring Inside Dubai (Spun Gold), an peak behind the scenes of the desert paradise, and SBS acquiring a slew of programming, including historical factual titles Attila The Hun, Caesar’s Doomsday War and Lost Cities of the Trojans, all produced by Pernel Media.

In India, Impossible Engineering and Secrets Of The Supercars (both Twofour) will air on Discovery and Lionsgate Play respectively, with both titles among a number of shows for Discovery in Japan, which also includes two seasons of Windfall Films’ Building Giants. Elsewhere in Japan, BS12 has acquired Ancient Cathedral Rescue: Inside the Race to Save Notre Dame (Windfall Films) and Anatomy of a Wildfire (Okuhle Films), with The Garden’s Natural History Museum: World of Wonder selling to NEP.

Other shows to sell to TVNZ in New Zealand include Bling (Possessed & Twofour), The Pet Show (Lifted Entertainment), Cooking With The Stars (South Shore) and Skin A&E (Boom), while Sky snapped up a number of titles including reality dating hit from 12 Yard The Cabins and special one-off show Idris Elba Meets Paul McCartney (So Television), as well as royal documentary The Queen: Unseen (Factual Fiction), which will also air on the Seven network in Australia. Finally, Indigo TV’s Billy Connolly: It’s Been A Pleasure was also acquired by the Seven network, along with TVNZ.

Dulgaro added: “APAC buyers have traditionally been very interested in ITV Studios’ slate of non scripted titles, and 2021 has proven to be no exception. As Love Island goes from strength to strength with local partners and audiences, the sheer depth and breadth of our non scripted slate means there’s always an off the shelf solution for buyers of quality, commercial content for any audience.”