Sky has announced a partnership with Channel 4 that will see Sky Sports’ live coverage of the Formula 1 season finale shared with the whole of the UK and Ireland.

Lewis Hamilton stands on the brink of history – victory in Abu Dhabi would clinch an eighth world title and confirm him as the greatest F1 driver ever. This unique final race will go lights out with the two leading drivers on equal points, the Yas Marina track providing a ‘winner takes all’ close to an epic season.

Sky Sports has seen record viewing from the opening GP in Bahrain, to the penultimate race in Saudi Arabia which was watched by a peak audience of 2.7 million viewers. Sky says its decision to deepen its partnership with Channel 4 further will ensure the maximum possible audience for an historic moment in the sport – dubbed Lewis v Max: Decider in the Desert. 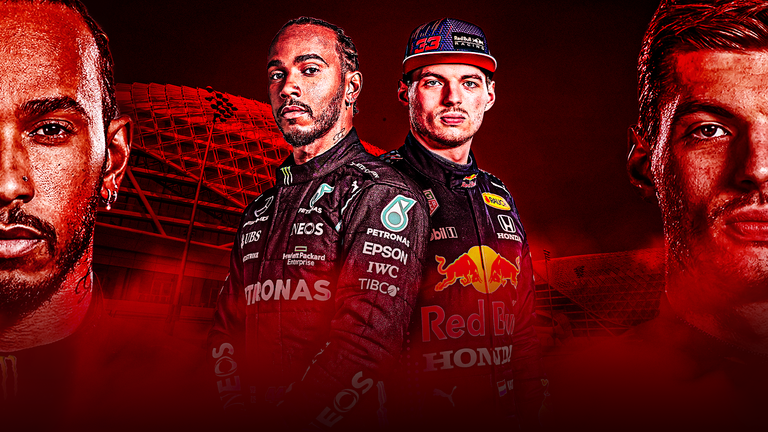 Stephen van Rooyen, EVP & CEO UK & Europe Sky said: “Sunday’s Grand Prix is one of the biggest sporting events in the last decade, and could be an historic moment for British sport. We’ve chosen to gift the race to the whole country at Christmas through our partnership with Channel 4, so everyone can be part of a huge national moment as Lewis Hamilton goes for a historic eighth World Championship title. The brilliant Sky Sports Formula 1 team will give viewers on Channel 4 and Sky Sports the best insight, commentary and analysis of every twist and turn of this most eagerly anticipated final race of the season. Additionally all Sky TV customers will have live coverage of the important qualifying session on Saturday, and the race on Sunday – which we will also show live on Sky Showcase.”

F1 President and CEO, Stefano Domenicali, added: “We are excited that Sky will make the Grand Prix on Sunday available to Channel 4 viewers so everyone can tune in live for the thrilling finale to this epic season. Sky’s passion for Formula 1 is incredible and this generous gesture shows their love of the sport and the millions of fans in the U.K. We are all looking forward to Sunday and hope all the fans will be glued to their screens.”

Sky Sports F1 will show every aspect of the build up, including practice and qualifying as both drivers aim to gain a crucial advantage before the chequered flag. Additionally, every Sky TV customer will be able to watch everything from qualifying on December 11th to the race on December 12th, with the broadcast shared across Sky Sports and Sky Showcase. All the action from this iconic head-to head will also be available to NOW members with either a NOW Entertainment or NOW Sports membership.

Sky Sports F1 will carry live build up in UHD with the ‘Sports Recap’ function available throughout the race, which is due to start at 1pm. The live race will then see Sky Sports’ coverage aired across Sky channels and Channel 4, including the Sky commentary team and expert analysis. Under the terms of the deal, Channel 4 will broadcast Sky’s production of the live race coverage with its presenting team of Nico Rosberg, Jenson Button, Martin Brundle, Nat Pinkham, David Croft, Karun Chandhok, Simon Lazenby and Ted Kravitz. Channel 4’s team of Steve Jones, David Coulthard, Mark Webber and Lee McKenzie will provide build up to the race for 15 minutes from midday before handing over to Sky for their pre-race coverage and Sky’s live coverage of the race itself.

Channel 4’s Chief Executive Alex Mahon said: “We are delighted that the whole nation will be able to watch what is set to be one of the most thrilling finales to an F1 season in living memory as Lewis strives to become the most crowned World Champion of all time.

“After bringing Test cricket to free to air television for the first time in more than a decade, and enabling millions to share the joy of Emma Raducanu’s US Open triumph, we are so pleased to be partnering with Sky to enable the widest possible audience to share this historic sporting moment.”

After the podium ceremony Channel 4’s presentation team will return to give its instant reaction to the race before a full Channel 4 highlights programme produced by Whisper airs at 5.30pm.

This latest deal follows on from a recent announcement that Channel 4 would broadcast ten live Super League matches each season for the next two years thanks to a partnership with Sky. It is the first time in the competition’s 26-year history that it will be shown on free to air terrestrial television.

This is the latest in a string of sports broadcasts secured by Channel 4 which have included: live coverage of Emma Raducanu’s US Open victory; live British Lions rugby; live Test match cricket coverage of England’s tour in India; live coverage of the Ireland rugby union autumn internationals; and live in-depth coverage of the Tokyo 2020 Paralympic Games which attracted 20 million viewers.