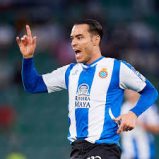 More players are bidding for La Liga’s TV rights, intensifying competition and threatening to increase the price as the deadline to submit offers arrives.

As expected, Telefónica and Mediapro will take part in the bidding process along with new bidders including DAZN and Relevant, and possibly Amazon.

Relevant is reportedly offering €1 billion for each of the five years of contract versus €3 billion paid by Telefónica for three years in the last auction. Relevant is an OTT platform with which La Liga is already working with in the US. The OTT service plans to create a specific La Liga channel and then sublicense the rights to pay-TV platforms.

La Liga is proposing contracts for three, four and five years. with preference for the longest period despite ot being against the CNMC’s criteria. La Liga is offering up to sevenbundlesptions divided into different lots.

Meanwhile, the plan for CVC Capital Partners to invest €1.9 billion in a new company controlling Spanish LaLiga media and sponsorship rights is greenlit after getting backing from 37 of the league’s 42 clubs.

Reuters reports that Real Madrid, Barcelona, Athletic Bilbao and Ibiza voted against the deal. Real Madrid president Florentino Pérez was reported to have a rival financing plan with investment from JP Morgan. Real Madrid is said to be planning legal action over the deal.

Under the CVC deal, the VC fund will get an 8 2-per-cent stake in the new La Liga commercial rights unit, guaranteeing the private equity firm a slice of revenues for the next 50 years. Goldman Sachs is reported to be part of the deal and will contribute a portion of the new investment.

La Liga has said the objecting clubs will not get a share of the CVC investment but will continue to receive their share of commercial rights revenue. The are set to get the first €400 millio instalment within weeks, the remainder of the €1.9 billion will be paid out over three years.