ITV has released figures that show 2021 is on track to be ITV Hub’s most successful year yet, partly thanks to Euro 2020, the return of Love Island, and the success of young skewing commissions including The Cabins and Social Media Murders.

ITV says it has also more than doubled the amount of content on ITV in 2021, particularly in the Drama and Reality genres. And 2021 is set to be ITV’s biggest ever Christmas on ITV Hub, with the announcement that Christmas period evening shows will be available on ITV Hub each morning, ahead of their evening broadcast. 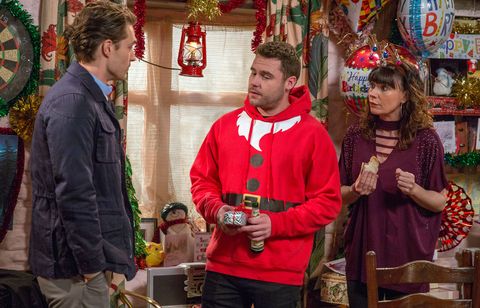 Rufus Radcliffe, ITV Managing Director, On Demand, said: “2021 has been a terrific year of growth for ITV Hub. Whether it’s binge watching drama, live streaming sport, catching up on Love Island and TV’s most talked about moments, or discovering content for the first time, it’s a testament to our fantastic programmes, as well as the improvements were making to the service, that this year is on track on to be our most successful year yet.”

The number of ITV Hub users has grown by 20 per cent in 2021, and to date The ITV Hub has achieved 1.5 billion streams, up 26 per cent year on year. Every month so far in 2021 has posted 100 million streams, and December is on target to do the same.

Love Island has been the most watched programme on ITV Hub this year, with 3.1 million watching the launch episode via the platform, out of a total audience of 5 million and each episode averaged 2.1 million ITV Hub viewers across the series, which was streamed more than 200 million times.

The Euro 2020 football tournament was a huge driver of viewing on ITV Hub, with ITV’s matches streamed 68 million times, with England vs Denmark in particular live-streamed by 1.6 million viewers through the ITV Hub.

A wealth of drama, with some titles made available to audiences as boxsets from the start of the series, drove significant viewing to ITV Hub in this popular genre with catch-up audiences. Season 2 of drama The Bay, which was made available as a boxset, was the second most watched programme on ITV Hub in 2021. The series had an average of 2.5 million viewers per episode, streaming the series through ITV Hub. The first season was also made available on The ITV Hub ahead of the second’s release, and the two seasons combined have been streamed over 26 million times in 2021.

Top TV events in 2021 were also big draws on ITV Hub, including Oprah with Harry and Meghan, which was streamed through ITV Hub by 2.5 million viewers.

In November this year, ITV brought UK audiences a special and exclusive broadcast as Adele returned to home screens in an Audience With Adele, with 2.6 million viewers streaming the show via ITV Hub.

More highlights from the figures include: