She joins Eutelsat from KMD, the Danish IT and software company that is part of the NEC Group. During her tenure, she oversaw the transformation of KMD from a mainly government service provider to a modern, digital company competing in both the public and private sectors.

Prior to her time at KMD, Berneke held several senior positions at TDC, formerly TeleDanmark, the largest telecommunications company in Denmark, notably as Head of Strategy and Head of the company’s Wholesale Business division. Eva began her career at McKinsey where she developed a specialisation in the TMT sectors and where she was based for 10 years at the group’s Paris offices. 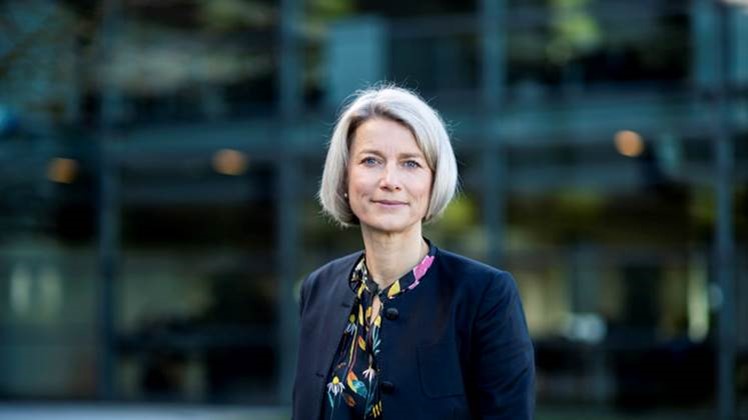 Berneke sits on the Boards of international groups Lego and Vestas Wind Systems as well as France’s Ecole Polytechnique. She is a graduate of Denmark’s Technical University, where she gained a master’s degree in mechanical engineering, and holds an MBA from INSEAD. Berneke is fluent in French and English.

Dominique D’Hinnin, Chairman of the Board of Directors of Eutelsat, commented: “It is my great pleasure to welcome Eva Berneke to Eutelsat. She brings to us an unparalleled skillset combining deep experience of both the telecoms and technology sectors at an international level as well as a proven and successful track record in transforming businesses in rapidly changing, highly technical, and regulated markets. Along with my Board colleagues, I am confident Eva is the right person to lead Eutelsat’s transition towards the connectivity businesses by executing its telecoms pivot and leveraging its investment in OneWeb.”

Berneke added: “I am hugely excited to join Eutelsat at this compelling stage in its development. As one of the world’s leading satellite operators, Eutelsat’s innovation track record, its exceptional suite of in-orbit assets, and its solid financial position, mean it is strongly positioned to be among the successes in the Space Sector in the years ahead. I look forward to working with the Board, management, and all our Eutelsat colleagues to ensure we maximise the potential of this great company for the benefit of our customers and broader stakeholders.”