“The orders were not unexpected,” notes Chris Forrester. “Now that Intelsat is approaching the end of its Chapter 11 bankruptcy reconstruction it will shortly have the ability to raise borrowing as a new business and fund these craft.”

Intelsat 41 and Intelsat 44 will be based on the Thales Alenia Space’s Space Inspire product line allowing seamless telecommunications mission and services reconfiguration, instant in-orbit adjustment to broadband connectivity demand, and superior video broadcasting performance while maximising the effective use of the satellite resources. 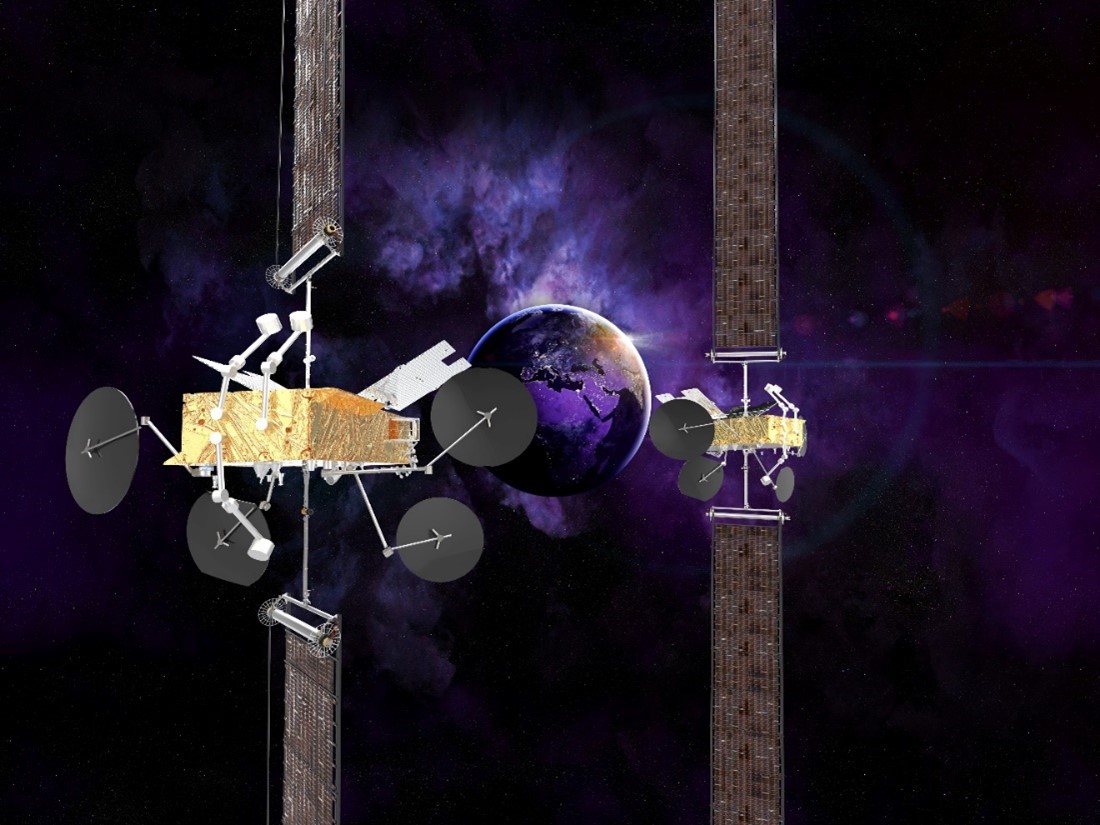 “Intelsat’s standards-based, open-architecture network design facilitates the incorporation of the best technology at any given time, further bolstering network resiliency,” said Stephen Spengler, CEO of Intelsat. “With the addition of Intelsat 41 and Intelsat 44, in partnership with Thales Alenia Space, Intelsat will blanket the earth with software-defined satellites, progressing the world’s first global 5G software-defined network, designed to unify the global telecoms ecosystem.”

“Our relationship with Intelsat has been so meaningful knowing that our attractive Space Inspire software-defined solution will contribute to the realisation of Intelsat’s global 5G software-defined unified network, said Hervé Derrey, CEO of Thales Alenia Space. “We are proud that our advanced satellite technology will play a significant role in Intelsat’s vision to reimagine the global telecoms ecosystem.”