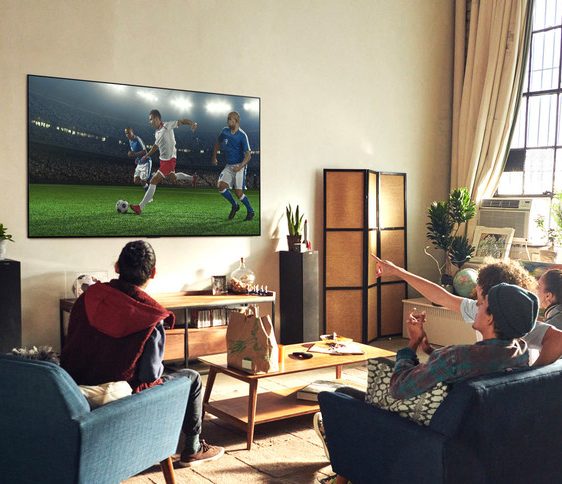 LG Display recorded all-time high revenue in 2021 with a year-on-year increase of 23 per cent compared to the revenue of KRW 24.3 trillion in 2020. The company’s annual operating profit surpassed KRW 2 trillion, moving it into the black in three years. These results are in large part due to the strengthening position of large-sized OLED panels in the premium TV market, solidifying its small and mid-sized OLED businesses, and structural innovation in the LCD business focusing on high-end IT products.

LG Display marked its record-high quarterly revenue of KRW 8,807 billion in the fourth quarter of 2021 with a year-on-year increase of 18 per cent and a quarter-on-quarter increase of 22 per cent. This is attributed to its enhanced business structure’s increased production of OLEDs and increased panel shipments for IT products. The company saw KRW 476 billion in operating profit compared to KRW 678 billion in the fourth quarter of 2020, mainly due to the decline in LCD TV panel prices and the one-off costs occurring at the end of the year, according to a company statement.

Panels for TVs accounted for 27 percent of the revenues in the fourth quarter of 2021, panels for IT devices including monitor, laptop, and tablet accounted for 42 percent, and those for mobile devices and others accounted for 31 percent.

Despite slowing demand, LG Display will secure and stabilize its business operation by continuously focusing on minimising market volatility caused by COVID-19. Thus, the company plans to expand its business with customers based on strategic cooperation rather than leaving the company vulnerable to market fluctuations. Furthermore, with its OLED technology, the company aims to enter new business areas such as gaming and transparent displays which will deliver new customer values and experiences. Meanwhile, LG Display’s large-sized OLED business continued to strengthen its position in the premium market despite the overall TV market declining by 13 per cent in 2021. OLED TV panel shipments increased by more than 70 per cent in 2021 compared to the previous year, turning into profit in the second half and reaching a break-even point for the year. This year, the company will further expand its profitability by leveraging its strengthened business capabilities and by achieving a year-on-year growth of over 20 per cent in panel shipments, states the company.

The LG Home Entertainment Company reported 2021 revenue growth of 30.6 per cent to KRW 17.22 trillion with operating profit increasing 18.1 per cent over the previous year to KRW 1.1 trillion, reflecting LG’s success in responding to the higher demand for premium TVs during the pandemic. Revenues in the quarter of KRW 4.99 trillion were 16.4 per cent higher than fourth quarter the prior year and up 19.2 per cent from the previous quarter owing to the growth in demand for premium OLED and large-screen TVs in key regions of Europe and North America.