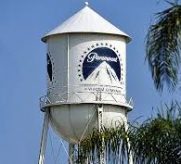 Media and entertainment company ViacomCBS is to become Paramount Global (referred to as Paramount), effective February 16th, bringing together its portfolio of premium entertainment properties under a new parent company name.

“Paramount is an idea: A promise to be the best,” said Shari Redstone, Non-Executive Chair of the company’s Board of Directors. “That promise has always been at the centre of what we aspired to build as the steward of more than a century of cinematic excellence, and with businesses and brands that have defined and redefined entertainment for generation after generation. We have made enormous progress, and I have never been more excited about the future of this company.”

“Paramount’s iconic peak represents a rich history for our company as pioneers in the Golden Age of Hollywood. Today, as we embrace the Paramount name, we are pioneers of an exciting new future,” added Bob Bakish, President and Chief Executive Officer.

The company’s shares will trade on the Nasdaq stock exchange as PARAA (Class A common), PARA (Class B common) and PARAP (Preferred Stock), beginning with trading on February 17, 2022, at 9:30 a.m. ET.

In addition to the name change, the company detailed plans to accelerate the global momentum behind its Paramount+ D2C service, unveiling new content, enhanced product offerings and continued international expansion at its investor event.

“We see a huge global opportunity in streaming, a much larger potential market than can be captured by linear TV and film alone,” continued Bakish. “We’re excited about our ability to not just compete, but thrive, creating significant value for both consumers and shareholders. How? Because we’re broader in four key areas: our diverse content, streaming model, mix of platforms and global reach. As we look forward, the size of the opportunity we see is matched only by our ambition to seize it.”

Paramount+ will continue to deliver what the company says iis the most diverse content offering in streaming across every genre at scale, including beloved franchise extensions and all-new buzzworthy originals spanning must-see movies, scripted dramas, unscripted reality TV, comedy, kids and family, sports, news, specials and events to super-serve the entire household.

“On Paramount+, we have something for everyone,” said Tanya Giles, Chief Programming Officer, Streaming. “We are taking our broad content offering and deepening it with more content in key categories, building on our treasure trove of IP to create lasting, hit franchises.”

The company announced that starting with 2024 film releases, Paramount+ will become the streaming home for all new Paramount Pictures movies in the US following their theatrical runs.

ViacomCBS will continue the global expansion of Paramount+ in 2022. The company announced today that Paramount+ will make its debut in France as an exclusive bundle with Canal+ Group, giving subscribers immediate access to Paramount+ through the country’s largest provider. Paramount+ will also be available on an a la carte and direct-to-consumer basis in the French market.

With Paramount+ and SkyShowtime, the company will have streaming services available in more than 60 markets across the UK, Latin America, Canada, Australia, South Korea, the Caribbean and all major markets in Europe by the end of 2022. In 2023, the company will look to Asia, Africa and the Middle East, building on Paramount+’s strong momentum to grow its presence in every region of

Paramount+ subscribers will soon be able to enjoy Showtime in a new integrated offering that pairs together both services in an unrivaled streaming collection of live and on-demand entertainment with critically acclaimed and boundary-pushing programming in a single user experience.

Starting this summer in the US, Paramount+ subscribers will be able to upgrade their subscription to a bundle that includes the SHOWTIME service through two plans:

Paramount+ has exceeded the company’s goals since its launch, and ahead of schedule, as the key driver of ViacomCBS’ overall streaming growth. The company delivered more than 56 million total global streaming subscribers and 84 per cent revenue growth in the direct-to-consumer segment in 2021.