How great is Netflix’s influential impact? Between clothes, furniture, food, and travel, could Netflix really change how people want to live? Could a TV show convince people to buy a jumper or move to a different country?

Data from fashion retailer GAP explores the trends inspired by Netflix shows and if these moments of pop culture can stay in the mainstream.

The analysis compared UK Google searches before, during, and after the premiere of Netflix shows, identifying key trends and their popularity. By assessing these search scores, we can see the true impact of these much-loved series.

The data revealed key trends that have not only risen as a cause of a Netflix show but continue to be popular even now when compared to before the show’s premiere. These included:

The Tiger King himself, Joe Exotic, sported a mullet which reignited an ‘80s trend that continues even two years after the first season’s premiere.

Searches for ‘mullets’ increased by 92 per cent in the month after the season one premiere compared to the month before. Three months later, searches were still up by 45 per cent compared to before we knew about the rivalry between Joe Exotic and Carole Baskin. In the most recent month, searches are up 129 per cent since its premiere.

Mullets are now more popular than they’ve ever been in UK Google searches, proving Joe Exotic’s influence beyond the big-cat world.

Emily in Paris is an escapist series that will make many long to live in the City of Lights. But it appears that some people are acting on this desire to do more than visit the French capital; they want to live like Emily and live in Paris. 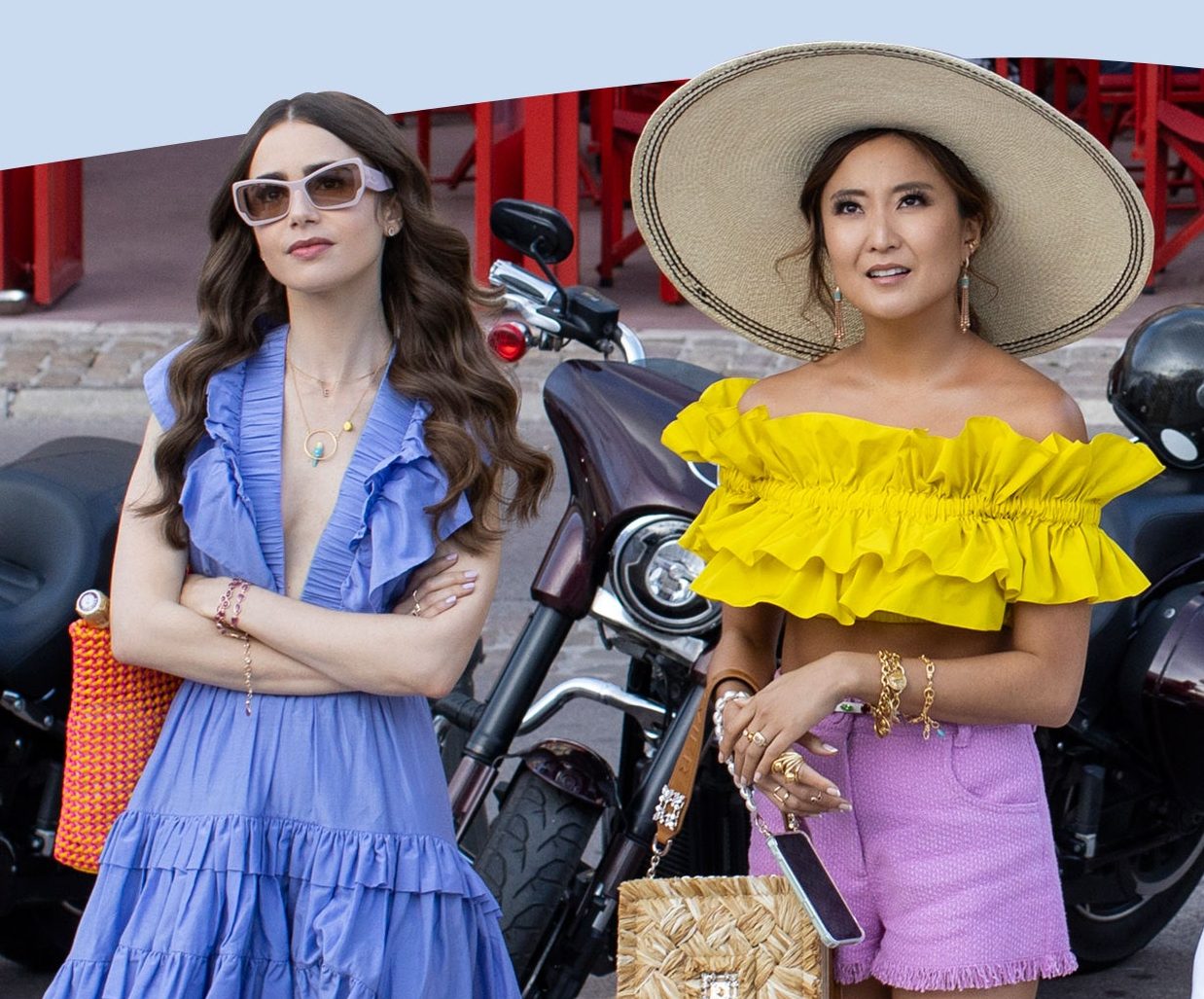 The setting of Sex Education is deliberately ambiguous. A mix of British and American influences, while mobile phones are used in a strangely ‘70s setting, this coming-of-age series spoils viewers with unique and characterful fashion choices: namely, varsity jackets.

Searches for the unofficial American school uniform jumped up 15 per cent after its premiere, maintaining searches above its pre-release level even three months later. Since then, searches have steadily risen, in the most recent month, now 77 per cent above levels before the show came out.

Sex Education is also responsible for some other long-lived trends. Searches for ‘fish net tights’ increased by 492 per cent three months after its premiere. Searches for ‘leather jacket’ also increased after and since the show’s release.

Squid Game shook the world with its depiction of brutal competition. But its unique aesthetic and unusual games certainly made a lasting impression on audiences. While the honeycomb-like dalgona candy was relatively unknown in the UK before the show’s release, searches spiked immediately after.

In the month before Squid Game, there were no searches for ‘dalgona’, but in the month after its premiere, it achieved 60 searches per week on average. Three months later it still achieved 12.25 weekly searches on average, while it continues to have some popularity in the most recent month with 4.75 searches per week. It’s one trend that people in the UK have found out about and kept in their minds since.

Squid Game also saw a rise in the ‘green tracksuit’, with searches above its pre-release score a month after (up 44 per cent), three months after (up 64 per cent), and in the most recent month (6 per cent). 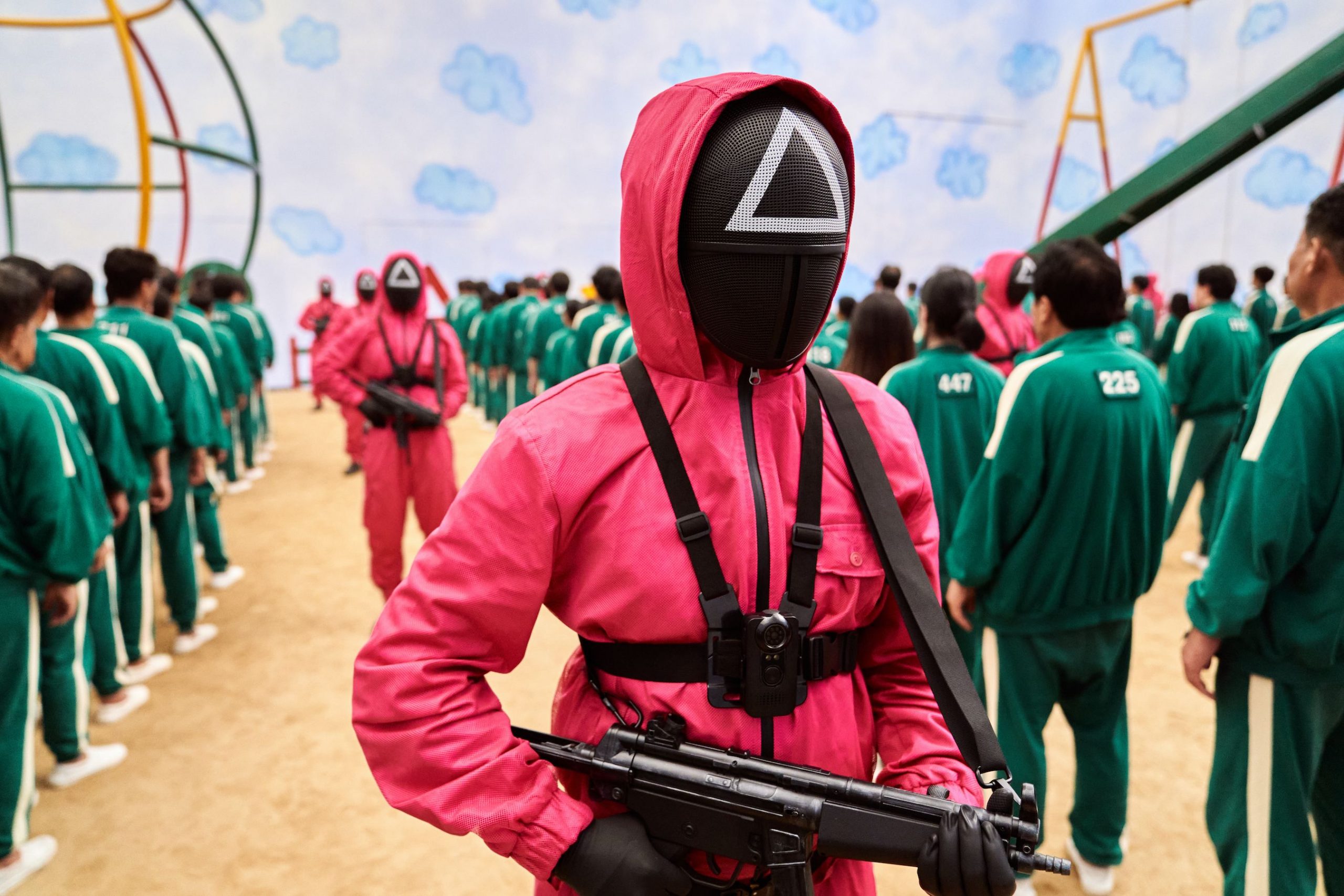 While some trends are enjoying a long life thanks to Netflix shows, others have only seen brief moments of popularity before sinking back below their pre-premiere score.

While mullets remain popular, it seems that Tiger King has not maintained all of its trends. Searches for ‘tiger print’ spiked 27 per cent and 28 per cent in the month after and three months after its premiere. However, Carole Baskin’s stylings did not last long, with searches falling 4 per cent below their pre premier level in the most recent month.

This was similar for ‘flower crowns’, where searches briefly jumped up by 12 per cent after Baskin sported the floral band, but searches were 38 per cent lower compared against its pre-premiere score in the most recent month.

Stranger Things is often hailed as part of Netflix’s expansive success, quickly becoming one of its most popular shows. A feast of ‘80s paraphernalia, searches for ‘80s fashion’ jumped up by 11 per cent three months after its season one premiere but fell 55 per cent in the most recent month.

However, other ‘80s trends have seen popularity since. Searches for ‘scrunchies’ and ‘shearling jacket’ are currently up 489 per cent and 752 per cent against the average searches before Stranger Things was released.

Action-adventure series Outer Banks was responsible for a spike in searches for ‘bandana’, with fans seeking the accessory sported by John B.

While searches for ‘bandana’ increased by 101 per cent and 111 per cent a month after and three months after the show’s premiere, in the most recent month, searches are now 16 per cent below what they were in the month before Outer Banks was released.

While some may still want to live in Paris thanks to Emily’s aforementioned escapades, her fashion choices may not be catching on. Searches for the iconic ‘beret’ jumped up by 19 per cent and 45 per cent in the month and three months after the release of Emily in Paris. However, in the most recent month, searches are now 5 per cent below their pre-premiere level.

GAP concludes that Netflix is responsible for many changing trends, inspiring fashion and lifestyle options.