Viaplay and hayu have extended their multi-territory partnership for NBCUniversal’s all-reality streaming service to the Netherlands. Starting from Viaplay’s Dutch launch on March 1st, viewers in the Netherlands will be able to watch a range of popular reality shows from hayu, at no extra cost, as part of a Viaplay subscription.

The partnership includes hayu’s catalogue of hit international reality series Keeping Up With the Kardashians and the latest seasons of the Below Deck, Million Dollar Listing, Vanderpump Rules and The Real Housewives franchises. Over 8,000 episodes of reality TV content will be available to Viaplay users, a selection of which will be in a hayu branded area on the Viaplay service.

The majority of new shows on hayu premiere in the Netherlands on the same day as their US broadcast – at no extra cost to Viaplay subscribers. 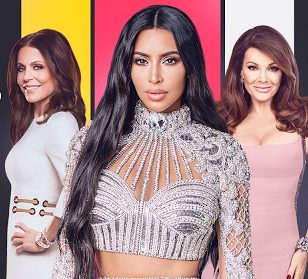 Filippa Wallestam, NENT Group Chief Content Officer, commented: “Reality content enjoys huge popularity in the Netherlands, and hayu hits such as The Real Housewives and Below Deck are among the genre’s most famous. Viaplay will be the only Dutch streaming service to include hayu at no extra cost to subscribers. Together with our Viaplay Originals, Hollywood films and series, kids content and of course premium live sports, viewers can look forward to a unique and great value offering from March 1st.”

Hendrik McDermott, NBCUniversal’s Managing Director, Direct To Consumer – Global, added: “Europe continues to be a key focus in hayu’s ongoing growth strategy and this exciting partnership with Viaplay in the Netherlands makes it even easier for Viaplay subscribers to access hayu’s extensive offering of the best US reality content, ad free.”