Barbie: It Takes Two to premiere on POP

Created by toy and entertainment company Mattel, Barbie: It Takes Two follows Barbie ‘Malibu’ Roberts and Barbie ‘Brooklyn’ Roberts as they enrol in a performing arts high school in New York. Setting out to record a music demo and taking odd jobs to fund their dreams, the pair still find time to explore the Big Apple and travel back to Malibu to visit family and friends. Filled with stories and friendship, family, passion and perseverance, the series follows this iconic duo as they work and have fun chasing their dreams. 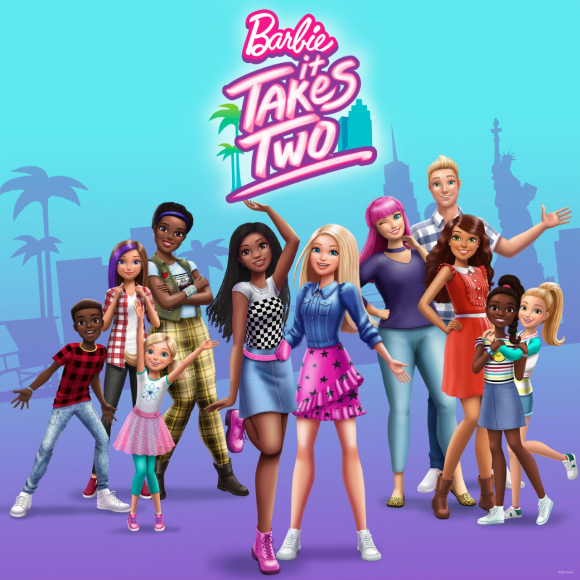 Francesca Newington, Director of the POP Channels, commented “We’re really excited to be airing the UK premiere of Barbie: It Takes Two on POP this April because it’s a series that truly reinforces the values of friendship, fun and adventure that POP is all about. Mattel’s talented creative team have done a brilliant job in expanding the Barbie universe to reflect our audience, as well as their love for the captivating musical adventures Barbie is known for.”

“Barbie It Takes Two marks Barbie’s return to the series format with beloved faces and all new characters embarking on adventure, fun and friendship” added Alex Godfrey, Senior Director Content Distribution Mattel EMEA. “We are proud to expand the Barbie universe to represent our audiences worldwide.”

Following its premiere, Barbie: It Takes Two will air every day on POP, which is available on Sky, Virgin, Freesat and Freeview.