Forecast: Streamers 20% of sports rights spend in Europe in 2022

Streaming services will be responsible for one-fifth of all sports rights spend this year across Europe’s largest markets according to Ampere Analysis research, covering nearly 1,300 rights deals.

In the big five European markets –UK, Italy, Germany, France, and Spain – Ampere expects OTT platforms to account for 20 per cent of all spend on rights for sports broadcasts in 2022, up from 12 per cent in 2021.Over the past few years, DAZN and Amazon in particular have grown their investments in sports rights in the five countries. They’ve targeted some of the most popular competitions to reach an estimated combined spend of over €2.3 billion by the end of 2022.

The first major foray into sports by a subscription OTT service in Europe was in 2017, when DAZN sublicensed a minority package of UEFA Champions League rights in Germany. In 2022, each of the five top-tier domestic football leagues will have at least one subscription OTT distribution partner. 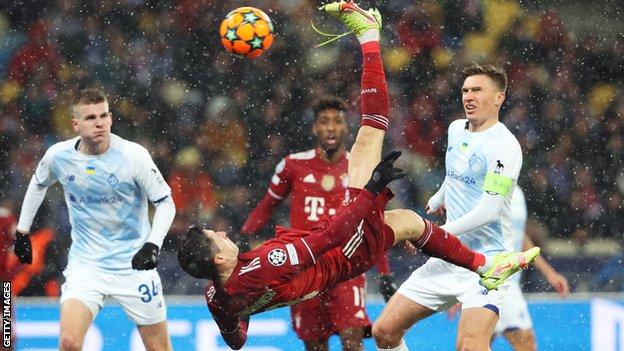 More than half of Italian sports spending will come from OTT in 2022
Italy leads the way in Europe, with more than half (53 per cent) of the country’s sports spending generated by subscription OTT services by the end of the year, followed by Germany (32 per cent), Spain (16 per cent), and France (14 per cent).In the UK, only 2 per cent of the spend on sports TV rights is from streaming subscriptions, in part due to the competitive nature of the sports rights market and the scale of Sky’s Pay TV business. However, all the major subscription sports services in the UK (Sky, BT, Eurosport) also offer OTT services that enable sports fans to watch live sports.In fact, the UK ranks the second highest of the big five European markets in terms of the percentage of sports fans with access to at least one subscription OTT service showing live sports at 58 per cent, largely thanks to the availability of select events on Prime Video.

DAZN is now the third-largest investor in sports rights
In 2021 DAZN became the third-largest spender on TV sports rights across the big five European markets, overtaking UK telco BT, but remaining behind Sky and Telefónica.Ampere estimates that DAZN will spend €2.1 billion on sports rights in 2022 across all its markets globally, but predominantly across Italy, Germany, and Spain where it has its largest deals. Amazon, with its much more limited portfolio of rights, ranks 10th place. Sky continues to be the largest investor in sports rights across the five countries, with a total spend of €4 billion. This represents around one-third of the total spending on sports rights in the big five European markets.Live sports acquisition by subscription OTT turns global
While the big five European countries are certainly key drivers of the growth of OTT in the sports rights markets, this trend is also emerging on a global scale. Across Europe, NENT has been launching its Viaplay subscription OTT platform, attracting subscribers with key sports rights such as the Premier League, Bundesliga, and Formula 1. In the US, seven of the 10 biggest streaming services will air at least one live sporting event in the next two years.Ben McMurray, Analyst at Ampere Analysis, said: “In the most developed markets, fixed-line broadband is approaching ubiquity and subscription OTT is already in as many households as Pay TV, so internet access is no longer a limiting factor. However, streaming services nonetheless need to solve business model challenges before they can seriously rival incumbent pay TV groups. Sustaining the current level of investment in sports rights without the benefit of the economics of bundling will be one of the key issues for subscription OTT players entering the sports rights market.”