With WrestleMania 38 just days away, WWE superstar Rey Mysterio took some time out to talk about the premium live event, the preceeding Hall of Fame ceremony, and the company’s new video game WWE 2K22.

At WrestleMania 38 – which takes place on April 2nd and 3rd at the AT&T Stadium in Texas – Rey Mysterio will be teaming with his son Dominik to take on the tag team of The Miz and social media personality Logan Paul.

You are the cover star of WWE 2K22. How has the reaction been for you now that the game is released?

The experience has been incredible. The feedback from the fans has been amazing. They are calling it the biggest game right now in the history of the company, so man, this is really cool. I was hearing so much feedback constantly because I was doing a lot of media and just last week I was able to sit down when I had a moment of quiet and I turned on the game and I played it. It definitely lives up to all the feedback that I have been receiving. The game is incredible. The images are just unbelievable. I’m blown away by the work.

Looking ahead to WrestleMania you have an amazing match on the card. One question that everyone has is around the expectation of Logan Paul. How do you feel going into it and how do you feel he might do?

I have no doubt in my mind that he’s going to do great, just because he’s done some amateur wrestling and he has boxed against one of the greatest boxers in the history of boxing, Floyd Mayweather. 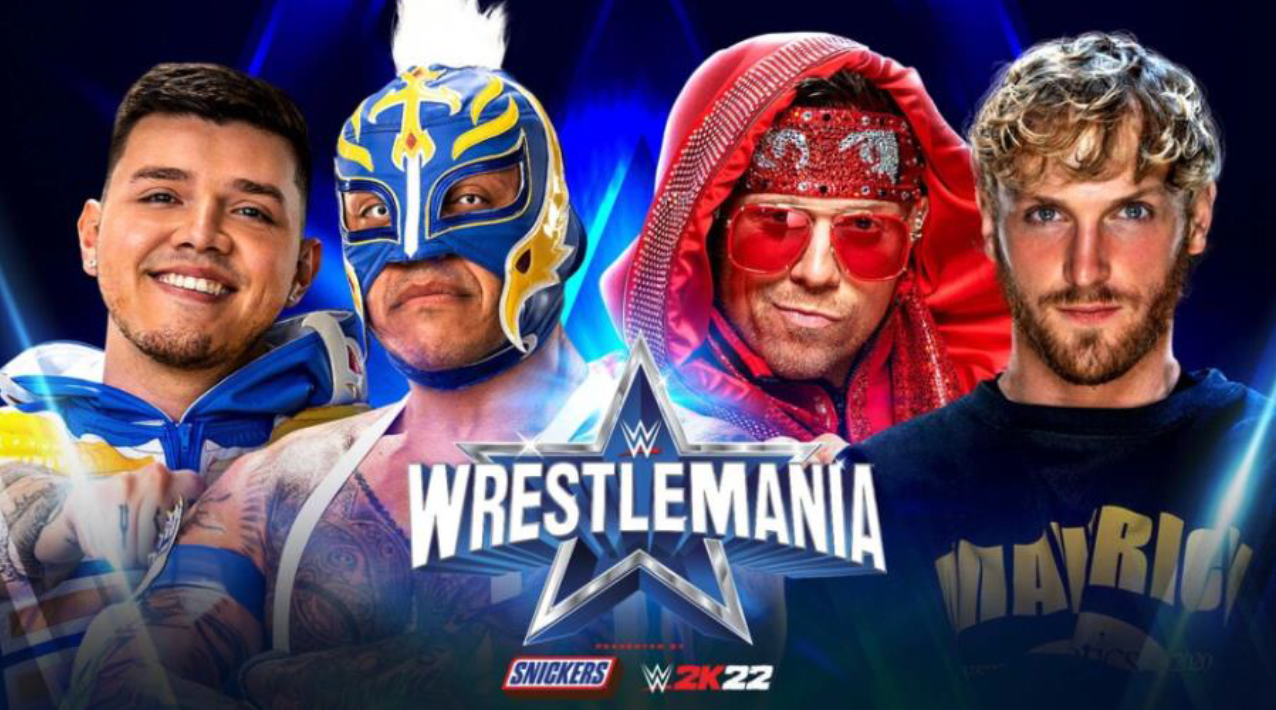 There’s no doubt that The Miz is probably training him correctly, but my son and I have been working really hard and prepping up for this match because it’s an important one. Not only is it my son’s first WrestleMania moment but it’s also our first WrestleMania moment together as father and son. I don’t think there’s ever been a father and son moment at WrestleMania, so we want to make sure that’s established and we want to make sure we get that W. For Logan to be present at WrestleMania, coming in as an outsider, it’s a big deal to be able to get the W that night.

At the WWE Hall of Fame Class of 2022 ceremony on April 1st we will finally see The Undertaker inducted. How do you think you’re going to feel on the night when you’re watching him?

To finally get that moment? It’s crazy. It’s surreal because not too long ago I was hanging out with The Undertaker backstage at a show and then we talked a little bit about wrestling.

His career has lasted so long and I’ve had the opportunity to be in the ring with him, against him and by his side, you know? And it’s still so surreal that he’s getting inducted. I am so happy for him because he deserves every accolade that is coming his way. He’s worked hard. He’s been just an incredible role model when it comes to how he represents the company. I’m very happy. He’s a blessed man. He’s enjoying life now, which is even better, you know? He’s being a father, he’s being a husband and there is nothing better for somebody like him to receive this award.