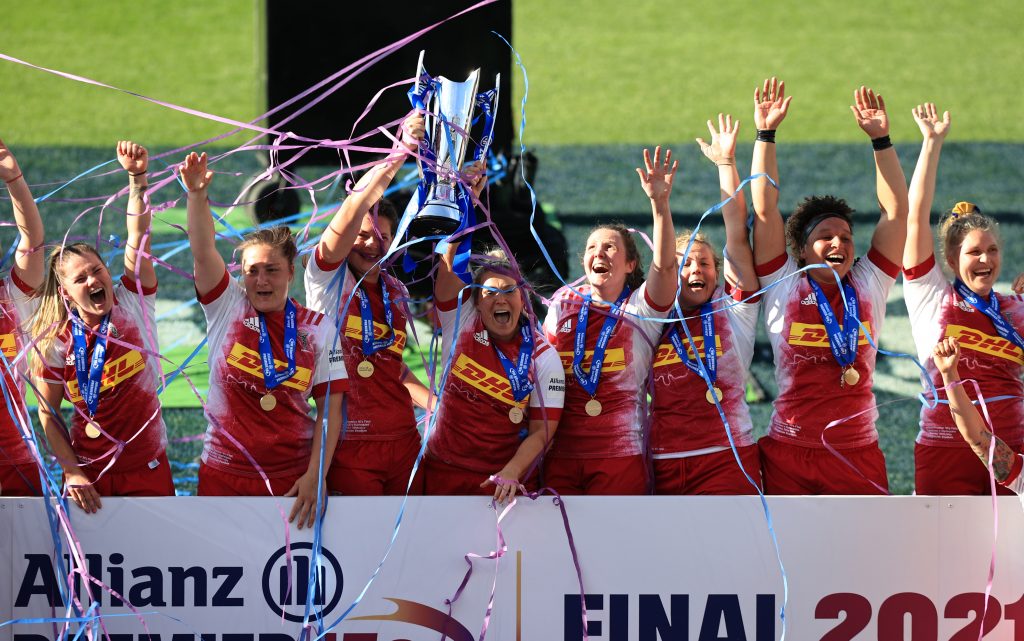 The RFU has announced that the Allianz Premier 15s final at Sixways Stadium will be broadcast live on BT Sport, and BBC iPlayer.

The top four teams in the competition will progress to semi-final play-offs, played at the home ground of the top two teams on May 22nd (broadcast live on BT Sport 2, BBC iPlayer and on the Premier15s website) with the finalists competing for the title at the home of Worcester Warriors just under a fortnight later on June 3rd (on BT Sport 1).

The final regular round (May 14th) will see at least two fixtures streamed live on the Premier15s website and BBC iPlayer with tries from all other matches played in live to the programmes as they happen.

RFU Marketing Director, Ewan Turney, commented: “This has been the most exciting and competitive Allianz Premier15s season to date and it is fitting that the finale to the season will get the platform it deserves and be seen by thousands across the country. BT Sport have built an excellent reputation across their rugby coverage and we are pleased to continue the partnership. We are expecting a record crowd for the Allianz Premier15s final at Sixways on what should be a great occasion.”

Rachel Knight, sports rights director, BT Sport, added: “BT Sport is the place to be for the best in women’s and men’s club rugby over the coming weeks. The Premier 15s joins our coverage of the finals from rugby union’s European club competitions, the Heineken Champions Cup and Challenge Cup, and, the pinnacle of English club rugby, the Gallagher Premiership Rugby Final.”