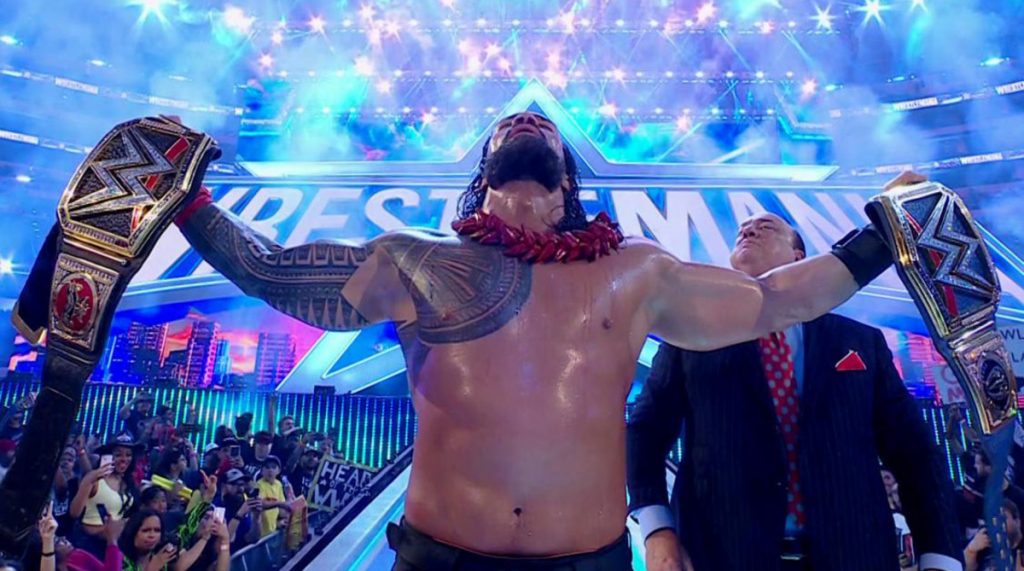 WWE has announced that WrestleMania 38 – which took place April 2nd and 3rd at the AT&T Stadium in Dallas – is officially the company’s highest-grossing and most-attended event in company history.

WWE’s annual pop-culture extravaganza saw 156,352 fans converge in Dallas over the course of the two nights, surpassing the previous gate and attendance records set by WrestleMania 32 in 2016 – which also took place at the AT&T Stadium in Dallas.

“On behalf of our family and the entire Dallas Cowboys organisation, we are ecstatic to have once again shattered records with WrestleMania at AT&T Stadium,” commented Dallas Cowboys Chief Brand Officer Charlotte Jones.  “I’ve experienced first-hand WWE’s commitment to both its fans and host cities alike. We are so grateful for their partnership and desire to always overdeliver.”

“The city of Dallas would like to thank WWE for presenting an incredible WrestleMania week of events at both the American Airlines Center and the Kay Bailey Hutchison Convention Center,” added Dallas Mayor Eric Johnson. “The week provided an economic windfall for Dallas and proved once again that our city is a first-class host for major sporting events.”

“The city of Arlington is extremely grateful to WWE for bringing back its biggest annual celebration,” said Arlington Mayor Jim Ross.  “We look forward to the opportunity to top this record with a future WrestleMania at AT&T Stadium.”

“We are thrilled that WrestleMania’s return to Dallas again generated record results, proving that everything is indeed bigger in Texas,” added WWE Executive Vice President of Special Events John Saboor. “We are grateful to the Jones Family and the entire Dallas Cowboys Organization, the Dallas Sports Commission, the city of Arlington, the city of Dallas and all the public and private sector partners who were instrumental in making WrestleMania 38 the most stupendous two-night WrestleMania in history. We now turn our attention to next year, where WrestleMania will take over Hollywood.”

The event saw Roman Reigns defeat Brock Lesnar in a winner take all, title unification match for the WWE and Universal Titles. Jackass star Johnny Knoxville also made his WrestleMania debut at the event, defeating Sami Zayn, whilst Cody Rhodes made his much-anticipated return in a winning effort against Seth Rollins.

Stephanie McMahon, Chief brand officer at WWE, commented: “WrestleMania 38 […] became WWE’s highest-grossing and most-attended event in company history with 156,352 total fans. The most stupendous two-night WrestleMania in history saw 13.3 million in-airing social media interactions across both nights becoming the second most engaging WrestleMania of all time […] What a privilege it is to be able to make an emotional, enduring connection with our fan base for generations. Thank you to our friends and partners around the world who made this success possible.”