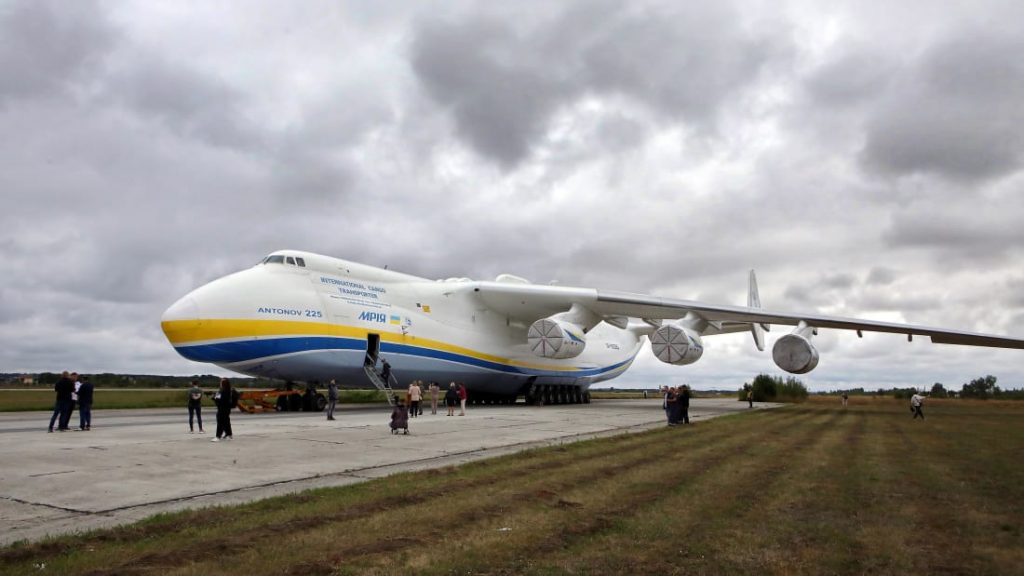 The images of a destroyed Antonov aircraft (registered number An-225), and one of the planet’s very largest aircraft, went around the world showing it destroyed in a hanger at an airfield near Kyiv. Its loss will have an immediate impact on the delivery of some urgently needed satellites.

AN-225, dubbed Mriya (Dream) was blown to bits at its home airfield. It was owned by a Ukrainian company and other than its regular use to deliver huge satellites it has also been used over the past two years to deliver Covid vaccination supplies and protective clothing.

Ukrainian state defence company Ukroboronprom, which manages the Antonov, say they will rebuild the aircraft.

Meanwhile, satellite builders and operators are having to secure alternate delivery methods. For example, SES is understood to be delivering its SES-22 C-band satellite from Europe to Florida where it is due for launch on a SpaceX rocket.

Measat-3d, which is being built in France is also expected to be delivered by ship to French Guiana for launch later this year.

ViaSat, which is finalising its testing of its first ViaSat-3 super-satellite in California, will use road transport to move the satellite from California to Florida.

There is, however, a potential alternate to the giant Antonov in the shape of the Airbus Beluga ‘super transporter’ aircraft. The Beluga fleet can handle certain satellites depending on size and weight. But the aircraft is already in demand for carrying Airbus parts, wings and other key components between the various Airbus factories. There are 5 Belugas and between them they fly some 60 missions per week. The payload potential of the largest Beluga is larger than rival Galaxy C-5 but smaller than the Antonov. The weight limitations are also very different. The Beluga can carry some 47 tonnes. The Antonov’s take-off weight (including fuel and other elements) was a massive 640 tonnes.