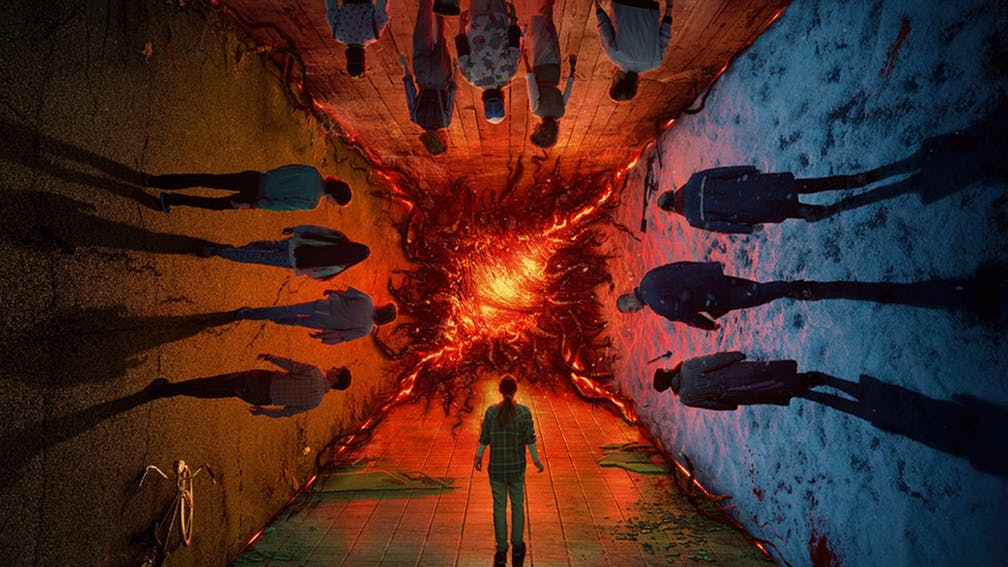 Netflix and experience discovery platform Fever have partnered to deliver a new immersive Stranger Things experience which launches at The Duggal Greenhouse in the Brooklyn Navy Yard on May 7th.

The experience will see fans transported into the Stranger Things Universe – a world of supernatural mystery, enduring friendships, and 80s nostalgia in an atmospheric celebration of the iconic show.

The adventure begins with a visit to Hawkins Plaza – where fans come to discover that things are not what they seem – and eventually find themselves in the darker side of Hawkins Lab and the Upside Down. The new storyline, developed exclusively with the show’s creators, propels guests into a parallel universe where they must unlock their secret powers to face the gauntlet of lurking terrors and help save the town. After their perilous escape from the Upside Down, fans will arrive at an immersive F&B and retail hub celebrating Stranger Things’ most visually iconic locations. Here, fans are free to explore every element of the Stranger Things world, such as grabbing a USS Butterscotch sundae at Scoops Ahoy, knocking off MADMAX’s high score at the Palace Arcade, and even avoiding encounters with the Demogorgons in the Upside Down.

The Duggal Greenhouse is an iconic, raw event space that came to life in 2009 when Duggal Visual Solutions chose to retrofit and reinvent a once dilapidated WWII ship facility. With 35,000 sq. ft. of open and unobstructed space, 70’ ceilings, glass paneling, and waterfront views, the Greenhouse is an entirely blank canvas to be transformed.

“The rift is open and we’re excited that our Stranger Things fans will get to jump into the magic once more,” said Greg Lombardo, Head of Experiences at Netflix. “This time they will take on the challenges themselves and work alongside Eleven, Mike, and the rest of the gang to fight the evil monsters plaguing Hawkins. As Dustin would say, you always say we should never stop being curious, to always open any curiosity door we find.”

Tickets are on sale now. Stranger Things: The Experience opens in San Francisco and other cities around the world later this year. Whether that will include London remains to be seen.