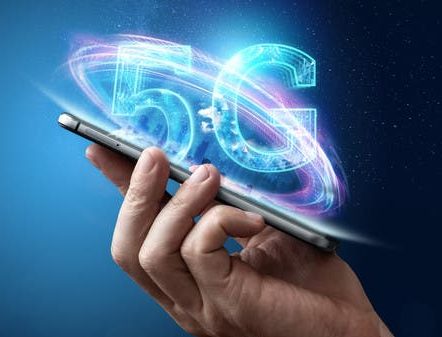 Findings from UK mobile telco Three’s report, Mobile Britain 2022, showing how Brits have been swiping, sharing and connecting, reveals a 5G boom in the last year, with usage increasing by 385 per cent on Three’s superfast network.

5G data carried on Three’s network is now more than double that of 3G – overtaking it for the first time ever. Desire for faster connectivity has been driven by more widely available 5G devices, with purchases quadrupling in 2021. It shows no signs of abating, with Three predicting that 5G will account for 35 per cent of data usage by the end of 2022. This shift will have a huge long term impact, saving users 23 hours of download time every month.

“It’s out with the old, in with the new for mobile users in the UK,” commented Carlo Melis, Chief Network Officer at Three UK. “5G has taken off like never before and it’s telling that it has now surpassed 3G data usage on our network. Superfast connectivity is the future for our customers – with sport and entertainment streaming two of the key drivers of data surges in the last year.”

“To keep up with the demand for data, we are investing more than £2 billion in transforming our network and IT infrastructure, with 5G now live in over 370 locations covering more than one-third of the UK population.”

It’s not just the shift to 5G that has become evident in the last year. Mobile Britain 2022 shows that connectivity is essential for all the small moments too.

Over the past five years, Sunday evening streaming has been steadily increasing year on year. A third of people (30 per cent) now say they are more like to watch a TV or film on a Sunday than they were five years ago, with half (50 per cent) of Brits saying they are streaming their boxset or film of choice rather than watching live or on DVD.

In the past six months, Sunday streaming was responsible for two of the largest monthly peaks as well as almost a quarter of last year’s weekly peaks. This pattern is set to continue; so far in 2022, Sundays have been the days with the highest peak usage for 4 of 8 weeks.

2021 was a year of sporting highs, with the return of the live sport post-pandemic including the Euros, the Olympics and the US Open. Despite sporting successes across the board, data peaks reveal that Brits remain football fans first and foremost, with 81 per cent of monthly data peaks linked to football matches in the last two years.

Data peaks have been up since the return of live football. Notably, December 2021’s Manchester United versus Arsenal match which saw Manchester United secure a 3-2 comeback, generated the highest monthly data peak of all in 2021. Such peaks didn’t emerge at any other sporting moments, highlighting that Brits are a truly football crazy nation.

While the pandemic gave rise to new ways of communicating – it has also brought more of a focus on the old-fashioned phone call. During the first lockdown, voice calls peaked at record highs and over the course of 2020, calls averaged 16 per cent longer in length as Brits spent more time chatting to the people that matter most.

The trend has continued throughout 2021 as the number and total minutes of calls both increased. 2022 is set to be the year of the phone call with two in five (39 per cent) now preferring calling to texting and a third (30 per cent) making more audio calls than pre lockdown. In fact, 13 million Brits say since the pandemic they now feel more comfortable talking on the phone and over half (53 per cent) of adults saying they now realise how important phone calls are.

“Speedy connectivity is so important for those small, everyday moments we all take for granted,” stated Melis. “Whether that’s calling a loved one to talk about your day, getting everyone together to watch your favourite film on a Sunday or basking in the glory of a win from your local football team – connectivity brings us together.”