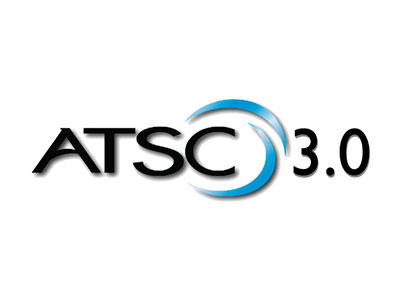 Evoca TV, the Idaho-based television service now offering over-the-air and Internet-delivered channels to subscribers in Idaho, Colorado, and Arizona, is claiming a US television industry first – a new way of transmitting TV signals that could dramatically change the number of channels available from over-the-air broadcasters, including improved bandwidth for 4K options. Evoca successfully transmitted television content using the cross-polarisation functionality of the ATSC 3.0 digital TV standard.

“One of the very interesting capabilities of the new ATSC 3.0 broadcast standard is the ability to use both horizontally-polarised and vertically-polarised transmission and reception, a functionality that the industry calls Multiple Input and Multiple Output, or ‘MIMO’ for short,” explained Todd Achilles, CEO of Evoca TV. “This week on Channel 35 in Boise we successfully demonstrated the creation and transmission of a MIMO signal. MIMO has the potential to dramatically increase the available payload for TV broadcasts, possibly even doubling the amount of data that a broadcaster can send to improve choice and robustness. That could mean many more standard and high-definition channels for viewers, the potential of more than one Ultra High-Definition 4K service, or even the possibility of 8K video delivered over-the-air.”

“While MIMO broadcasts have been demonstrated in other countries, it’s mostly been a proof-of-concept effort,” suggested Achilles. “With Evoca, we intend to make full use of the potential for MIMO transmission and reception. It means that the broadcast spectrum we’re using for Evoca services today could become even more valuable, with the ability to send many more channels as well as higher-quality broadcasts to viewers. And since Evoca controls both the transmission and reception of our signals, we can make sure that the consumer experience is exactly what is intended. MIMO could revolutionise what we do, offering even more choices for viewers than are possible with today’s broadcasts.”

Special transmission and reception gear will be required to take full advantage of the new MIMO functionality. Previous demonstrations of ATSC 3.0 MIMO broadcasts have been done in South Korea, the UK, and in Brazil.

“In addition to more choice for viewers, the Evoca transmissions also signal the potential for using over-the-air TV channels for more than just video and audio data,” Achilles noted. “Such datacasting has long been discussed as a potential new business for broadcasters, and the ability to potentially double the size of the broadcast pipe means there is great potential for the future. The opportunities are likely bigger than just the systems used for broadcast television. We specifically are planning consumer reception gear that can receive both ATSC 3.0 and 5G signals, expecting both to be used to reach consumers at home. There is more work to be done before this can become a consumer product, mainly in the development of new receiver hardware that can successfully recombine the separately transmitted horizontal and vertical signals. But since we’re already transmitting TV content and we have control over receivers and antenna products used to receive our signals, we are very encouraged by today’s initial transmissions. We’re proving out one of the key capabilities of the ATSC 3.0 broadcast standard.”