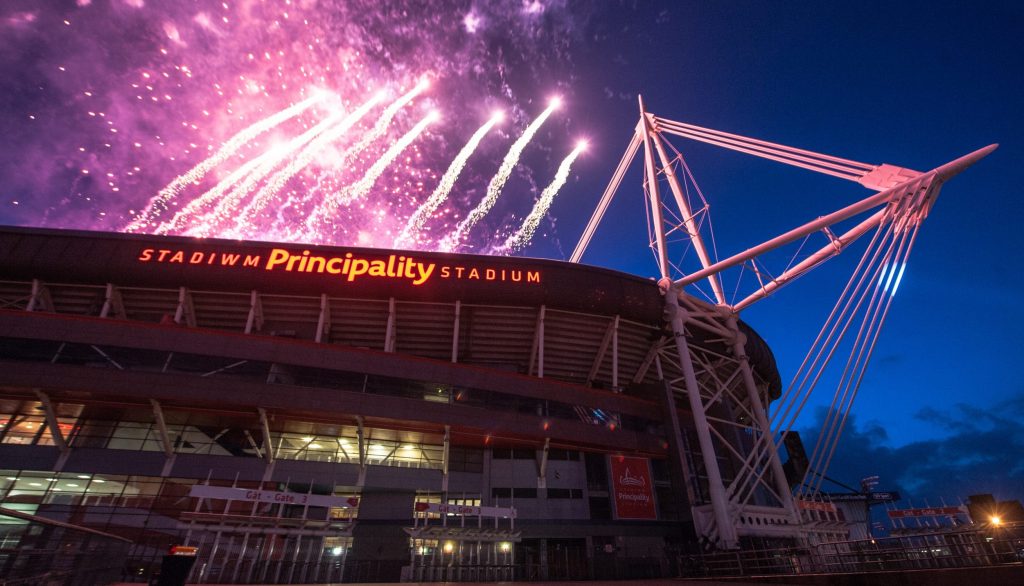 During a live event at London’s O2 Arena, WWE officially announced that the highly-anticipated Cardiff stadium event in September will be called Clash at The Castle. There will be ticket presale for the event for those that have registered on May 18th. A public sale will follow on May 20th.

WWE’s first major UK stadium event in 30 years will take place on September 3rd at the Principality Stadium, with a full card yet to be announced, but rumours continue to circulate that Tyson Fury could well be involved in some capacity, after name-checking superstar Drew McIntyre in a recent post-title fight press conference.

McIntyre, commenting on the announcement, said: “The city of Cardiff is ready for WWE Clash at the Castle on September 3rd, and I know that everyone in Wales, across the UK and around the entire world is ready to make history with us, too. Get your tickets and be part of the magic. I can’t wait to hear just how loud Principality Stadium can get.”

Ahead of The O2 Arena event, Advanced-Television spoke with legendary WWE superstar Randy Orton – currently one half of the RAW Tag Team Champions (with Riddle) – who last week marked the 20th anniversary of his debut with the entertainment behemoth.

Prior to the reveal of the event name, Orton commented: “The more people the better […] It doesn’t matter what they call it, it’s over here which is badass […] so I hope I’m booked on the show. I heard the [registration demand] was *click fingers*, they went away like that, really quick, and that’s a testament to WWE and how much interest is out there and I feel like, to be able to come out here and do a stadium show, especially after Covid and everything; the shows just have a little bit extra something special to them, ya know.”

On the subject of Fury, Orton said: “I’ve met Tyson, he’s great and he’s a [WWE] fan and there’s a lot of mutual respect there […] He’s such a humble dude. There’s nothing better than an outsider coming in with heart.”

When quizzed on Fury potentially being on the card at Clash as The Castle, Orton replied: “September, Cardiff – it kinda all lines up.”