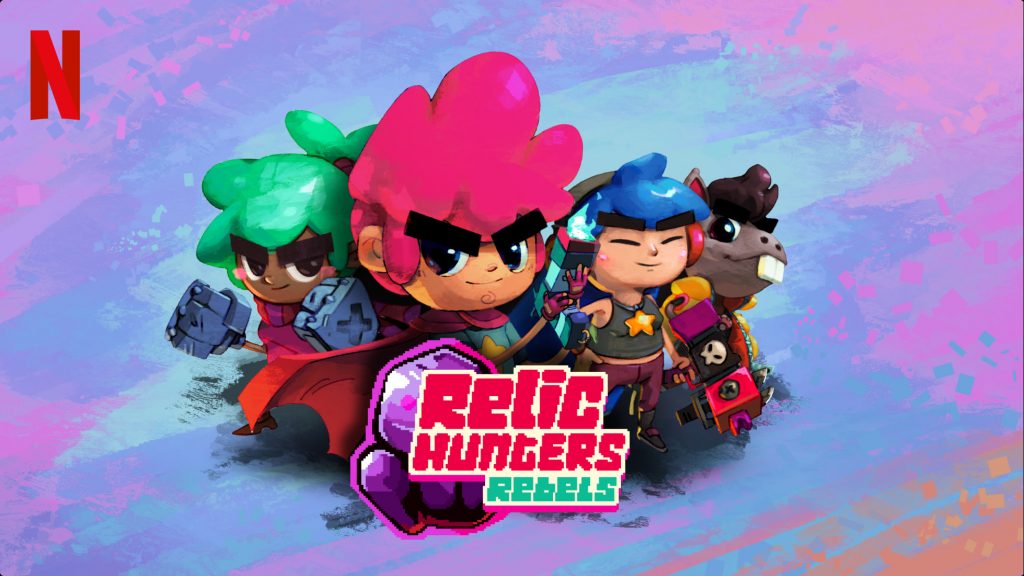 Users can play as four of the franchise’s iconic Hunters (Jimmy, Ace, Pinkyy, and Raff) as they craft and collect 44 different weapons each with unique qualities, affinities, and elemental effects. Players will need these specialised weapons to help fight off space ducks and turtles as they attempt to defeat the evil Ducan Empire.

Subscribers can download Relic Hunters: Rebels from the Netflix mobile app or directly from the Apple or Google app stores.

Rogue Snail CEO, Mark Venturelli, commented: “Besides being huge fans of Netflix, we were thrilled to be one of the early pioneer developers  for Netflix Games and to be part of this story from the beginning. The idea that we could make games without worrying about monetiation was also very compelling, as it allows us to focus on just making a fun game without having to worry about how to pay our bills. This keeps the game fun and fair for everyone. Netflix also backed our vision and provided us with the creative freedom to develop Relic Hunters: Rebels just like we wanted.”

“We tried to make a game that would run easily on older phones, so we could reach a wider audience in places where people can’t afford a new device every year. It’s a great opportunity to bring even more people into the Relic Hunters universe. Our fans have also been asking for mobile Relic Hunters for a while, and we felt like this was the perfect opportunity to deliver,” he added.