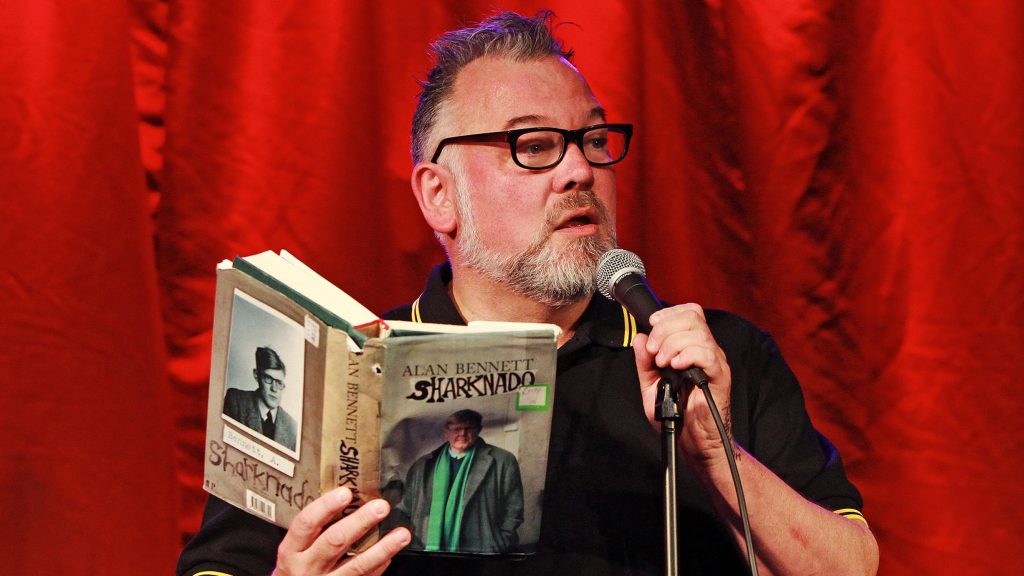 This double-bill from the BAFTA award-winning comedian will be filmed in front of a live audience in York, as part of his current national tour which is taking place across the UK.

Lee commented: “I am delighted to build on the BAFTA and British Comedy award winning BBC success of four series of Stewart Lee’s Comedy Vehicle, and the subsequent Content Provider stand-up broadcast, with two new stand-up specials for the broadcaster, Snowflake and Tornado, both recorded in York on the 2022 Snowflake/Tornado tour. As you probably know, The Times has called me ‘the world’s greatest stand-up’, so I am happy to find my natural home once more with the world’s greatest broadcaster, where anyone can see me for free, even though the money at Netflix would have been literally one thousand times better (if they would have had me). Tornado is a tangled shaggy dog story about backstage hospitality and flying sharks, and features a cameo from a venerable legend of British comedy; Snowflake reflects my experience of the current culture war and politicians’ and comedians’ cynical attempts to exploit it, and includes extended retching and a sickeningly sincere song.”

Ben Caudell, Commissioning Editor for BBC Comedy, added: “To have one Stewart Lee show is a massive treat, to have two is a complete comedy indulgence. If there was a third show I would probably be actually sick. Sick but happy. Which is how I want to die.”

Snowflake and Tornado is an Awkward Films and BBC Studios production for BBC Two and BBC iPlayer. It is commissioned by Jon Petrie, Director of Comedy Commissioning and the Commissioning Editor for the BBC is Ben Caudell. The Executive Producers are Colin Dench and Richard Webb, the Producer is Sam Michell and the Director is Al Campbell.

Both shows will be available to watch on BBC Two and BBC iPlayer later this year.