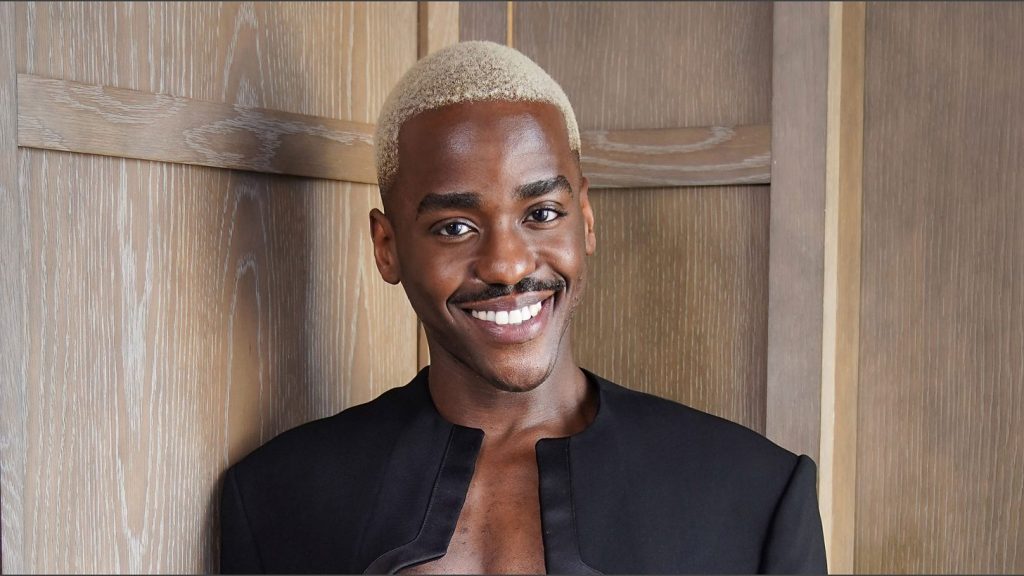 The BBC has today announced Ncuti Gatwa is the new Doctor set to take charge of the TARDIS.

Star of stage and screen Ncuti is best known for his critically acclaimed performance in Sex Education as the iconic Eric Effiong, for which he was awarded Best Actor Award at the Scottish BAFTAs in 2020 as well as numerous nominations, including Best Male Performance in a comedy programme at this year’s BAFTAs.

Speaking of his new role, Ncuti said: “There aren’t quite the words to describe how I’m feeling. A mix of deeply honoured, beyond excited and of course a little bit scared. This role and show means so much to so many around the world, including myself, and each one of my incredibly talented predecessors has handled that unique responsibility and privilege with the utmost care. I will endeavour my utmost to do the same. Russell T Davies is almost as iconic as the Doctor himself and being able to work with him is a dream come true. His writing is dynamic, exciting, incredibly intelligent and fizzing with danger. An actor’s metaphorical playground. The entire team has been so welcoming and truly give their hearts to the show. And so as much as it’s daunting, I’m aware I’m joining a really supportive family. Unlike the Doctor, I may only have one heart but I am giving it all to this show.”

Davies, Showrunner, added: “The future is here and it’s Ncuti! Sometimes talent walks through the door and it’s so bright and bold and brilliant, I just stand back in awe and thank my lucky stars. Ncuti dazzled us, seized hold of the Doctor and owned those TARDIS keys in seconds. It’s an honour to work with him, and a hoot, I can’t wait to get started. I’m sure you’re dying to know more, but we’re rationing ourselves for now, with the wonderful Jodie’s epic finale yet to come. But I promise you, 2023 will be spectacular!”

Charlotte Moore, Chief Content Officer, commented: “Ncuti has an incredible dynamism, he’s a striking and fearless young actor whose talent and energy will set the world alight and take Doctor Who on extraordinary adventures under Russell T Davies’ new era.”