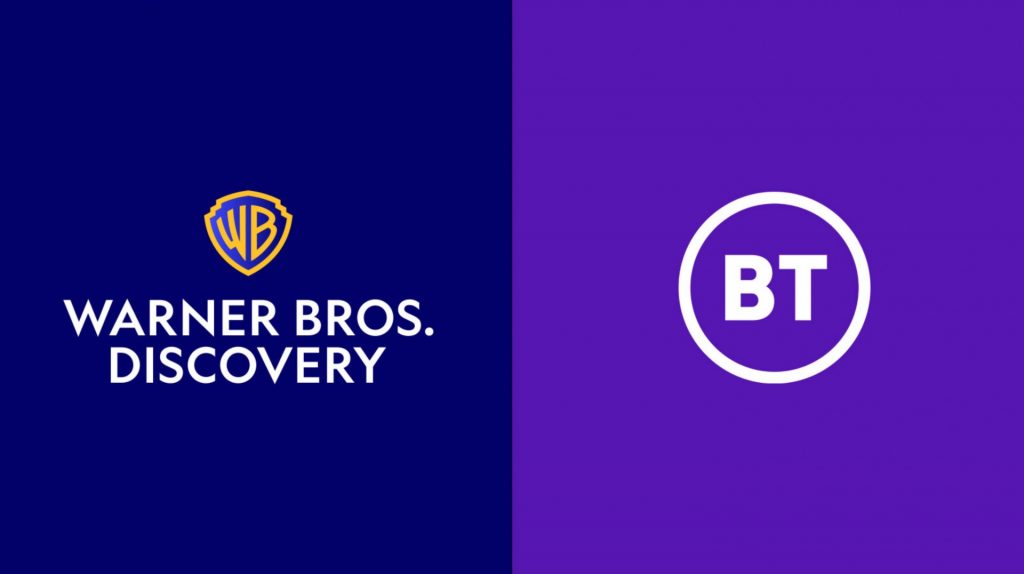 Following its announcement of exclusive discussions on February 3rd, BT Group has agreed a set of definitive agreements with Warner Bros Discovery to form a 50:50 joint venture company to create a new premium sport offering for the UK & Ireland and to transfer the operating businesses of BT Sport to Warner Bros Discovery

By bringing together the sports content offering of both BT Sport and Eurosport UK, the JV will have an extensive portfolio of sports rights including the Premier League, UEFA Champions League, UEFA Europa League, Premiership Rugby, UFC, the Olympic Games, tennis Grand Slams featuring the Australian Open and Roland-Garros, cycling Grand Tours including the Tour de France and Giro d’Italia and the winter sports World Cup season.

Those customers who access BT Sport through BT directly, and the majority of BT TV customers, are set to receive discovery+, the non-fiction entertainment streaming service which is home to Eurosport’s live and on-demand streaming offer in the UK & Ireland, as part of existing subscriptions.

Both BT Sport and Eurosport UK will initially retain their separate brands and product propositions in the market before being brought together under a single brand in the future. BT Group (through its wholly owned subsidiary British Telecommunications plc  and Warner Bros. Discovery will enter into distribution agreements with the JV under which they will distribute the combined sports content to new and existing customers on their respective platforms and apps.

“As a global sports and entertainment broadcaster Warner Bros Discovery is the perfect partner to work with us to take BT Sport to the next stage of its growth,” commented Marc Allera, CEO BT’s Consumer division, said. “We’re excited to be joining forces to bring the best of BT Sport together with Eurosport UK to create a fantastic new sports offer alongside all the entertainment that discovery+ has to offer BT customers. I’m incredibly proud of the established, creative and innovative broadcaster that BT Sport has become.  We have a brilliant team who are dedicated to broadcasting amazing sporting moments and we look forward to working with Eurosport UK to realise the opportunities that this next stage will bring both our team and our viewers.”

“We are excited to bring fans a new premium sport offering that brings together everything they love from BT Sport and Eurosport UK,” added Andrew Georgiou, President and Managing Director, Warner Bros. Discovery Sports Europe. “Combining this with our growing portfolio of premium entertainment content promises to deliver consumers a richer and deeper content proposition, not only providing greater value from their subscriptions but bringing sport to a wider entertainment audience.”

The transaction constitutes a class 2 transaction for the purposes of the UK Financial Conduct Authority Listing Rules and, as such, BT Group shareholder approval is not required. At completion of the transaction, the production and operational assets of BT Sport will transfer to and become a wholly owned subsidiary of Warner Bros Discovery.

The Board of Directors of the JV will be equally represented between appointees of BT and Warner Bros Discovery. The Chairperson of the Board will be a Board Director nominated by each shareholder on a rotating basis, the first of which will be Allera

“Ultimately this is a marriage of convenience for both companies,” suggests Paolo Pescatore, TMT analyst at PP Foresight. “It strengthens Warner Bros Discovery in sports and allows BT to exit completely.”

He sees many positives for subscribers as well, as more sport will be available all in one place, rather than having to buy and access another service.

He nevertheless questions whether the combined entity still have the financial clout to renew and buy new sports rights. “There are new players waiting in the wings and let’s not forget DAZN who lost out on acquiring BT Sports,” he adds, suggesting that the focus now quickly turns on the UEFA Champions/Europa League sports rights.