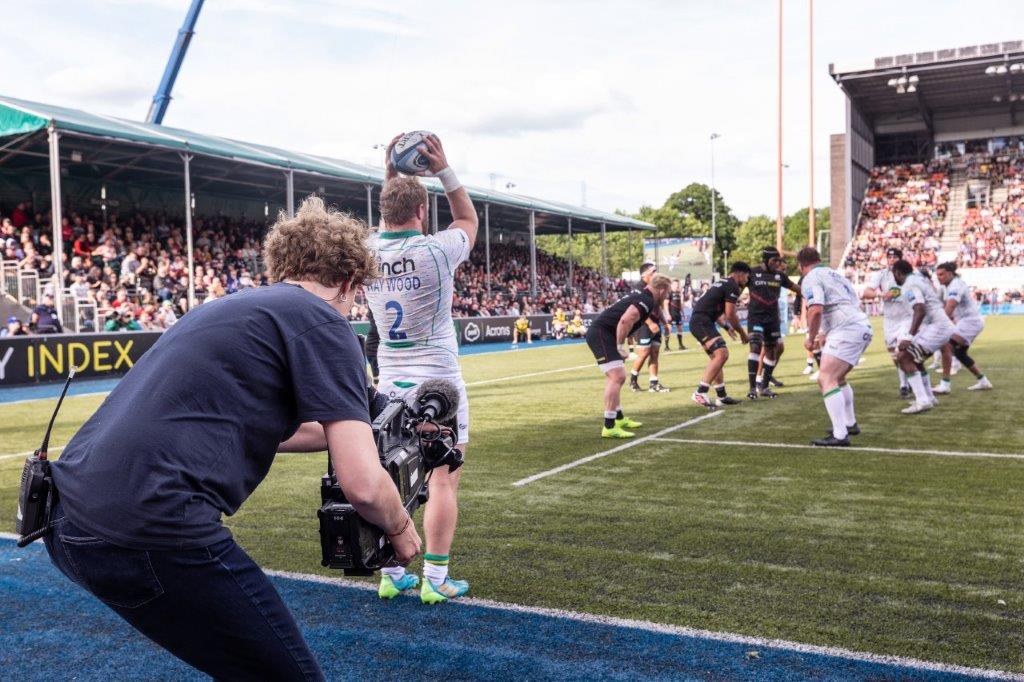 BT has demonstrated its broadcast capabilities, with its Media & Broadcast, BT Sport and EE operations combining to showcase the powerful benefits that 5G and cloud-based technologies bring to broadcasters.

BT delivered the broadcast innovations on May 21st at the Gallagher Premiership Rugby match between Saracens v Northampton Saints, where it demonstrated the power of Media & Broadcast’s new Vena network, and its ability to combine private 5G neatly to provide secure broadcast-grade infrastructure.

BT collaborated to enable a number of the matchday cameras to be connected via a standalone private 5G network it had installed at the ground. These cameras’ output then formed part of the live BT Sport coverage of the match in a UK first – never before have key matchday cameras, as part of a customer broadcast, been enabled in this way. Traditionally, broadcast cameras connect to the Outside Broadcast solely using radio (RF) signals which rely on proprietary equipment. 5G enables potentially a range of camera devices, in a wider range of locations, to be used, opening up new creative and operational benefits to broadcasters.

In addition, BT Media & Broadcast, showcased at Saracens’ StoneX Stadium a cloud production demonstration, highlighting to customers and partners some of the innovative workflows enabled by this approach to production.

The trial enabled BT Media & Broadcast to highlight how its smart broadcast network, Vena, can bring together high-performance networking, private 5G and cloud to deliver live sport in the highest possible quality, and with the greatest efficiency. According to BT, it represents a key milestone within the telco’s development of its 5G private network strategy.

“These pioneering collaborations demonstrate how our new smart broadcast network, Vena, along with private 5G and cloud technology, can make a huge difference to the way broadcasters produce coverage of rugby, football and other sports, and can provide a number of creative, sustainable and operational benefits,” stated Faisal Mahomed, Director of BT Media & Broadcast. “BT continues to innovate and harness the power of 5G and cloud production to introduce new products and services for our customers and partners.”

“We are proud of our role in the track record of recent broadcast innovations across BT,” added Jamie Hindhaugh, Head of BT Sport. “This weekend’s innovations at Saracens continue to highlight the key role 5G will play in the future of sports television.”

The innovations are the latest industry-first collaboration around 5G and cloud technologies between BT Media & Broadcast, BT Sport, EE and BT Applied Research and: