Sheehan: “Umbrella Academy 3 the darkest yet” 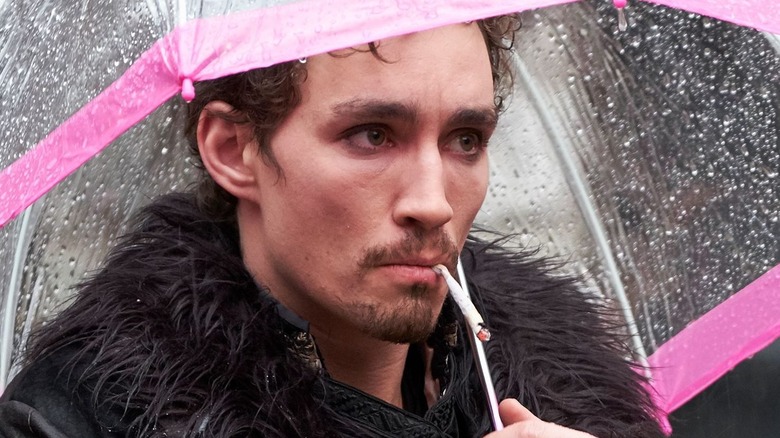 At London’s MCM Comic Con, Robert Sheehan – one of the stars of hit Netflix series The Umbrella Academy – took to the stage to discuss what fans can expect from Season 3 of the superhero drama.

Speaking on the experience of filming in the middle of a pandemic, Sheehan said: “If you brought a cup of popcorn onto set emergency panic stations would [go off] and Covid police would descend from the roof and attack you. It was tiresome, I’ll be honest with you, it was tiresome, the Covid, There was a Covid police department. That’s putting it dramatically but I’m an actor; That’s what I do.”

“We had to get by a very, very high level of Covid anxiety and that was difficult and I was pouting in the corner […] but it didn’t affect the work. I’ve watched the series and was really pleasantly surprised by the fact that you can’t sense that none of the actors were allowed to be near each other […] there was such an atmospehre of restriction, certainly for the first 2 and a half months, and then vaccines started to roll out which was great – thank God – and we went from testing five times week a to three, so that was nice,” explained Sheehan.

He continued: “But we got to make the show and that was mad, because everyone was saying ‘Covid is gonna hamper the industry’ and all that, but in fact, because the film and television industry came up with protocols really quick to continue filming and get them okayed by the – in my case – the Canadian government, it meant that there were in fact more shows than ever filming. It was mad! It was a counter-intuitive thing. When we were shooting […] there were 55 shows on the Union list for the greater area of Toronto… 55!”

Season 3 of The Umbrella Academy launches on Netflix on June 22nd.