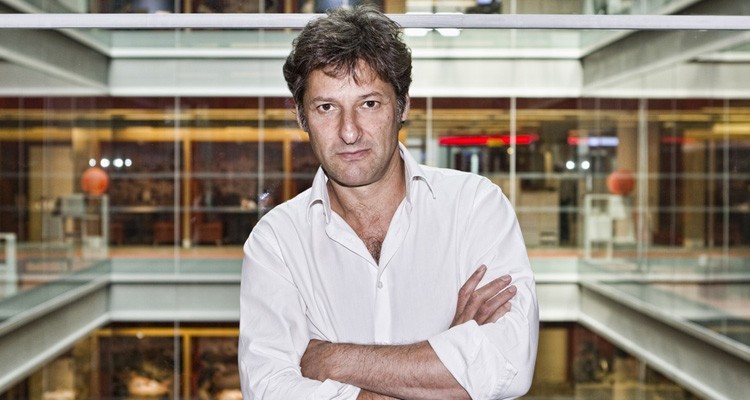 Channel 4 Chief Creative Officer Ian Katz, speaking at the Wales Screen Summit, declared out-of-London producers “the most important voices in the privatisation debate” as he reminded the industry that the Government White Paper makes no commitment to the nations and regions under a private owner.

In an interview following his keynote speech, Katz said there remains a “long legislative process ahead” regarding C4’s future and insisted it is not privatisation per se that worries him but what he sees as weaknesses in the Government’s proposals.

“I don’t have any dog in the race or preference about models of ownership,” Katz said, dismissing the idea that the government is motivated by political pique to “unpick the fabric of public broadcasting” as “stunningly cynical”.

Katz said the White Paper “doesn’t seem to protect the essence of the Channel”, with “scant protections” around spend in the indie sector or for regional representation from the broadcaster or its supplier base.

“When I see those omissions, I worry hugely about the future,” Katz said. “I think we’re waiting now to see when the Government publishes its actual legislation, which we’re led to believe will come in soon, whether it’s got the protections that we’ve been led to believe there are for the heart of what Channel 4 does.”

Katz continued: “There are parliamentarians on all sides who are puzzled by why the Government is so intent on this direction of travel when the overwhelming view in the industry, and the creative community more widely, is that this is a policy that is bad for the industry, bad for levelling up, bad for the viewer, bad for the culture. It’s really important all those views really surface over the course of the next few months and that everyone involved in this decision takes a long hard look at the hole in Britain that a profit-driven Channel 4 could leave.”

Katz insisted the Government’s scrutiny on Channel 4 was not impacting commissioning decisions or the broadcaster’s appetite for taking risks.

“There are no no-go zones,” he declared. “We are not commissioning any differently to the way we commissioned a year ago, or two years ago, either for fear of antagonising the Government or because we worry about what a future privately owned Channel 4 could do with those commissions. You won’t see a toothless Channel 4.”

Katz was speaking after his keynote address at Wales Screen Summit in which he championed the kind of shows that he believed a profit-led Channel 4 would be unlikely to commission, from Gogglebox to It’s a Sin and care home drama Help.

He predicted comedy could be the hardest-hit genre, commenting: “Look at ITV and Channel 5 – how much original British comedy do you see on those Channels? It’s not surprising the answer is almost none. Only a tiny proportion of comedies find their way to a large enough audience to be profitable. If the business you are in is business, then comedy is not good business. Or, you might say: a privatised Channel 4 is just not funny.”

John McVay, Chief Executive of Independent Producers’ Body, Pact, has forecast that if a US conglomerate were to buy Channel 4, up to £4.2 billion could transfer from UK producers to the new owner over 10 years.

“That’s IP leaving your business, leaving your community, leaving your economy and going to someone else,” McVay said. “You will not be able to invest in your talent, your culture, and your economy. That’s a scandalous move by the government and we have lobbied hard to make them reconsider the proposal. When we asked them why they’d gone so far, they told us that was so they could maximise the sale value. That the Government will throw you under a bus for some spurious benefit is a scandal – we will continue to lobby. We may not be successful, but we think it’s an existential threat to all the creativity we see around the UK, it will impact on inclusion, it will impact on other aspects of our creative and economic life.”