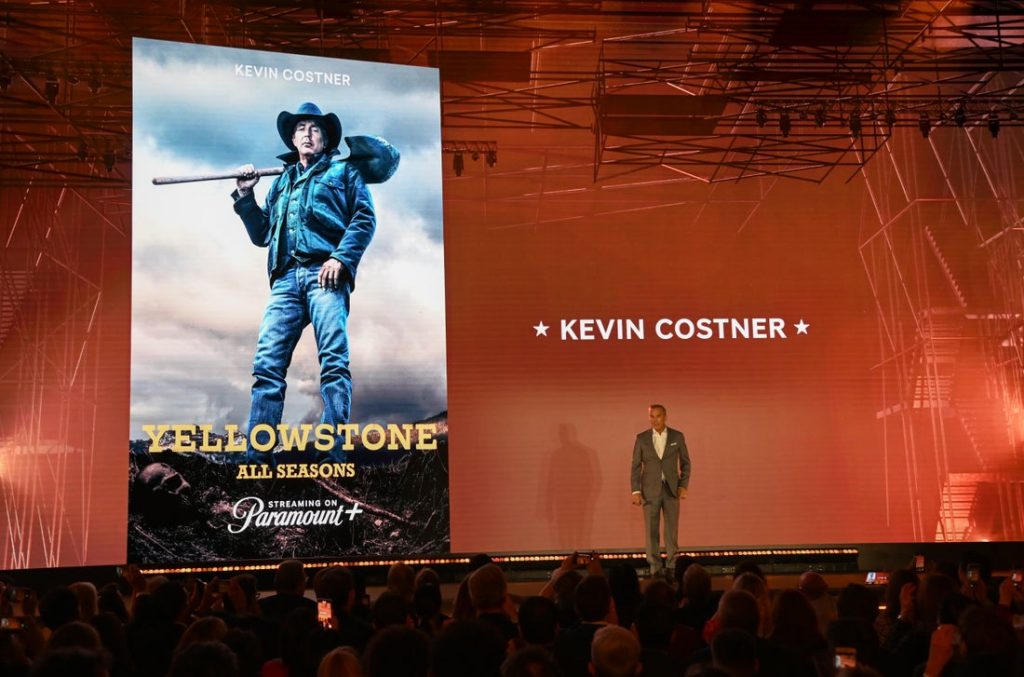 Paramount Global rolled out the Blue Carpet and hosted a star-studded, London event to celebrate the debut of Paramount+ in the UK and Ireland. The SVoD service offers more than 8,000 hours of content, including movies and TV series, new originals and iconic shows.

“From over 100 years of storytelling experience with our Hollywood studio and production hubs worldwide, we know how to make great, global content. Paramount+ is a mountain of entertainment for the entire family,” stated Tom Ryan, President and Chief Executive Officer (CEO), Streaming, Paramount, during the event’s presentation.

Ryan added: “We’re the only service where you’ll see Sylvester Stallone, SpongeBob SquarePants, Star Trek, and South Park all in one place, and all of this makes Paramount+ what a streaming service is meant to be.”

Maria Kyriacou, President of Australia, Canada, Israel, and the UK, Paramount, stated during the event: “Launching Paramount+ in the UK is not just about bringing the best of the world to Britain, it’s about getting even more of the best of Britain to the world. The phenomenal power of British creativity with our storytelling tradition and talent on and off the screen will be the foundation for building an incredible slate of UK originals for Paramount+. Even before we launch, we have already commissioned 20 shows, with many more planned in the coming years. This is a moment to celebrate the incredible creative firepower of our producers, our creatives, our writers, and – of course – our on-screen talent.”

In the UK, Paramount+ is available across a wide range of connected devices via distribution through Apple, Amazon, Google, Roku. Samsung and more. Users will be able to sign up to the service for £6.99 per month/£69.90 per annum in the UK and €7.99 monthly or €79.90 annually in Ireland after a free seven-day trial. Paramount+ will also launch on Sky platforms in the UK and Ireland as part of a new multi-year distribution agreement that also includes the extended carriage of Paramount’s portfolio of pay-TV channels. Sky Cinema subscribers will get Paramount+ included at no extra cost through a standalone app on Sky Glass and Sky Q.

Paramount+ launches in the UK and Ireland after landing in South Korea on June 16th and will continue its expansion to Italy in September, and to Germany, Switzerland, Austria (GSA) and France in December, with 45 markets expected to launch by the end of the year.

Commenting on the UK launch of Paramount+, Patrick Morell, Director of Partnerships at The Trade Desk, said: The highly anticipated arrival of Paramount+ to British screens is finally here. However, it is arriving at a tricky time: household budgets are tightening, putting further pressure on an industry that can no longer rely solely on subscriptions. And amidst this backdrop of spiking inflation, creating content is more expensive than ever. So, with another platform entering a growing market, streaming players must accept that the future of their industry is dependent on choice. And that means taking a hybrid approach – where consumers can choose between a subscription or ad-funded options.”

“Paramount+ already offers an AVoD option to its customers in other markets, so there are promising signs on the horizon for advertisers in the UK, who would be able to advertise against a highly premium array of content using the most effective medium. To ensure their future success, streaming platforms need to work closely with advertisers to optimise the future advertising experience and ensure viewers are seeing the most engaging and relevant ads in what is an increasingly competitive landscape,” he concluded.