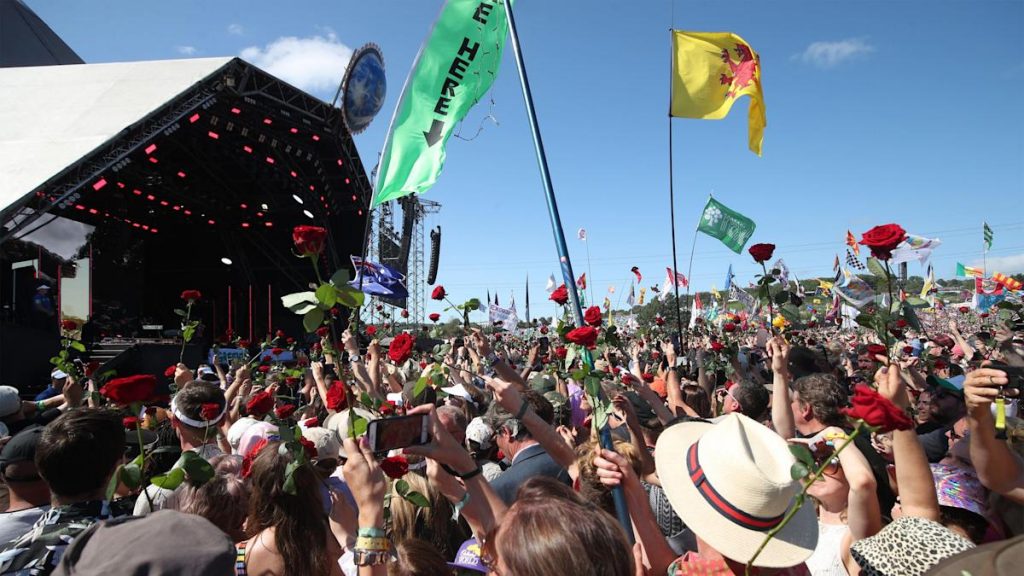 Always at the forefront of technology, the music industry continues to push the boundaries of technology. On the heels of Abba’s Voyage show, which saw the Swedish supergroup appear as avatars onstage, the European festival season is now underway. The first post-Covid festivals have demonstrated that going to see your favourite artists has become a multimedia event, the enjoyment of which is highly dependent upon your mobile working as expected.

Research by MVNO GiffGaff has found that 62 per cent of people think their mobile phone improves their festival experience, with 59 per cent of festival goers using their phones for at least three hours each day. Mobiles are now so much a part of the festival experience that at Glastonbury, EE is providing a recharge tent that is free to use irrespective of your current provider.

Once charged, what are festival goers using their mobiles for? It’s no longer enough for them to listen to their favourite band in a field, they want to share that experience with friends by taking photos and videos and uploading these to the cloud or social media. They also use their phones to communicate with their friends at the festival, as well as those who weren’t lucky enough to get tickets.

While Gen X festival goers used to be content texting their friends, Gen Y festival goers began the march to multimedia by taking photos to share on Instagram and other social media sites. Gen Z has continued this trend, having adapted to an online lifestyle during lockdown, and with friends all over the world, they have a propensity to share not just photos but videos on sites such as TikTok. This shift in behaviour has resulted is an enormous demand for data – often in rural locations where infrastructure is not designed to deliver it.

Glastonbury’s telecoms partner EE, for example, forecasts that the 200,000 attendees will use double the amount of data they did prior to Covid – over 200 terabytes. This is equivalent to 8 billion Instagram posts, with traffic increasingly fuelled by video.

“Over the years, we’ve worked with the team at Glastonbury to use our technology to improve the experience of festival-goers – whether that’s keeping your phone charged, getting in touch with friends at the festival or sharing memories with those that aren’t there,” advised Pete Jeavons, EE’s Director, Marketing Comms. “With the increasing data demands seen at live events across the country, we’re working hard at Worthy Farm to make sure we have a network in place that can cope with these demands.”

If CSPs don’t deliver the right experience wherever the customer is, it can have serious consequences. Recent research by Swedish network experience vendor Subtonomy, for example, found that service quality influences CSP choice for eight out of 10 customers. But, even more interestingly, 45 per cent of customers told Subtonomy they’d pay extra for guaranteed service quality.

At the recent Sweden Rock festival, while phones had good coverage and voice calls were not affected, Swedish Radio confirmed that customers of Tele2, Telia and Telenor struggled with data services (such as surfing, uploading pictures and video, and using social media) as well as texting – both of which were extremely slow.

“Messages and images were delivered the day after they were sent,” complained festival goer Robin Lundström, who was understandably disappointed by his experience. He explained this made it hard to plan and decide what to do at the festival, because texting or using popular VoIP services wasn’t possible.

The standout was 3 Sweden (Tre), which had committed to providing 5G to the festival site and local area and was using a Subtonomy application called Crowds to help them monitor usage, pinpoint any problems, and address them quickly. This combination of 5G plus Crowds meant that Tre’s customers received a notably better experience.

“There’s huge and increasing demand for mobile data during Sweden Rock,” explained Per Stigenberg, CTO, Three Sweden, “as many people want to share their experiences and livestream. Supporting these needs takes a lot of bandwidth, so for the last two years we’ve set up a new mast in collaboration with the festival organisers. This 5G mast uses the c-band spectrum, which enables it to support a lot of data in areas of high usage. We’re really happy that it worked so well, and that we’ve been able to contribute to a positive experience for our customers.”

What’s next for the music industry? Avatar-based festivals, AR to help festival goers get the most out of the festival? Personal drones to film festival goers during the concert? Festivals are a great recruiting ground for telcos in saturated markets, where they’re able to demonstrate the quality of service customers can expect under the most extreme conditions. Whatever comes next in the music industry, it’s going to be increasingly data-driven and telcos need to be ready.