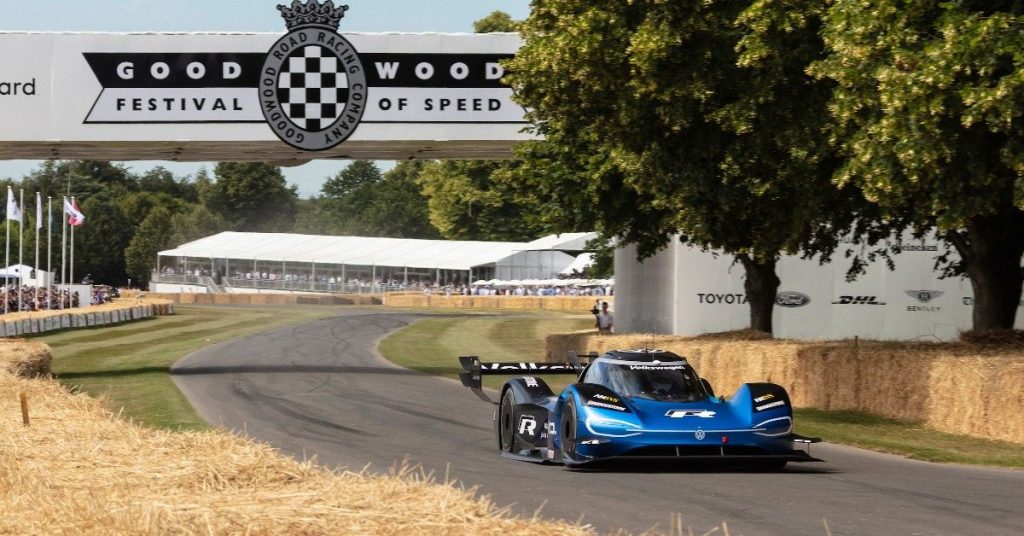 Sky has launched a new campaign to encourage sport fans to take action against the climate crisis that is affecting sports. Fans attending some of the biggest sporting events this summer will be asked to make small but impactful changes to make a difference.

Sky will be working with partners at five key sports events over the coming months – The Hundred; British Grand Prix; The Open; Goodwood Festival of Speed and Super League Magic Weekend – to help educate sports fans on the impact that climate change is already having on the world of sport.

Fans will be encouraged to take action in different ways including using public transport where possible, swapping in vegan alternatives instead of traditional meat-based match-day food, and reducing the amount of buying and throwing away by increasing the use of reusables to help eliminate single use plastics.

Sky has joined forces with the global movement Count Us In to equip sports fans with this set of impactful actions they can take in their own lives to reduce their own carbon emissions. The actions have been chosen based on their emissions impact, accessibility and influence on wider systems change.

This new campaign follows the success of Sky’s Game Zero, the Premier League match between Tottenham Hotspur and Chelsea in September 2021, which, in partnership with Spurs, achieved net zero carbon emissions. This was achieved by both teams arriving at the stadium by coaches powered by green biodiesel, the stadium itself being powered by 100 per cent renewable energy and fans rising to the occasion, with 94 per cent more vegetarian and plant-based meals being sold.

Jonathan Licht, Managing Director at Sky Sports, said: “Climate change is a pressing issue across the globe. However, it is often easy to assume the impact won’t be felt on a personal level. We hope that Sky Sports can use its platform, and work closely with its key partners, to really influence and educate fans on the effects climate change is already having on sport, so they can feel inspired and motivated to take action and look after what they love.”

Ken Davy, Super League chairman said: “Super League is delighted to be partnering with Sky Zero on their summer sports campaign. We are committed to supporting Sky’s ambition to make a significant impact that will instigate the conversation on how we can all make small lifestyle changes to help save our planet. From a reduction in the use of single-use plastic to making more conscious decisions on what we eat and how we travel. We are determined to work with and educate our fans to help them make conscious decisions on how we can all reduce our carbon footprint. We will be asking fans to consider how they will travel to Newcastle for Magic Weekend and what food options they make whilst they are in the city. We appreciate that everyone has a part to play in tackling the climate crisis and we are committed to encouraging more positive changes across the sport. The support of Sky Zero at Magic Weekend is a welcome addition to one of the sport’s flagship events.”

Ross Brawn, Managing Director, Motorsports at Formula One added: “Working with our teams and partners we were proud to set our net zero 2030 goal in 2019. We have already made significant progress towards achieving this, including our first carbon neutral broadcast at the British Grand Prix at Silverstone last year, and unveiling our plans for 100 per cent sustainable fuels for all cars in 2026. We are delighted to work alongside our long-term partner Sky as they equip sports fans across the country with the information they need to be more sustainable, starting this weekend at Silverstone where we encourage all of our fans to get involved and help make a difference.”

Arlette Anderson, Director of Sustainable Golf at The R&A, said: “Sustainability is a vital consideration in the staging of our major championships and this extends to educating fans attending and watching The Open about how they can also play an important role in mitigating the effects of climate change. We will be working with our broadcast partner Sky during The 150th Open to highlight the positive steps that people can take in their everyday lives, whether that is using public transport more often, eliminating single-use plastics and being more active, as well as the new and expanded sustainability initiatives we will have in place for the Championship at St Andrews.”

Sky has been a carbon neutral business since 2006, however in 2020, the business announced plans to go net zero carbon by 2030. To get there, Sky will cut the carbon emissions created by the business, its suppliers across the world and from the use of its tech products, by at least 50 per cent.