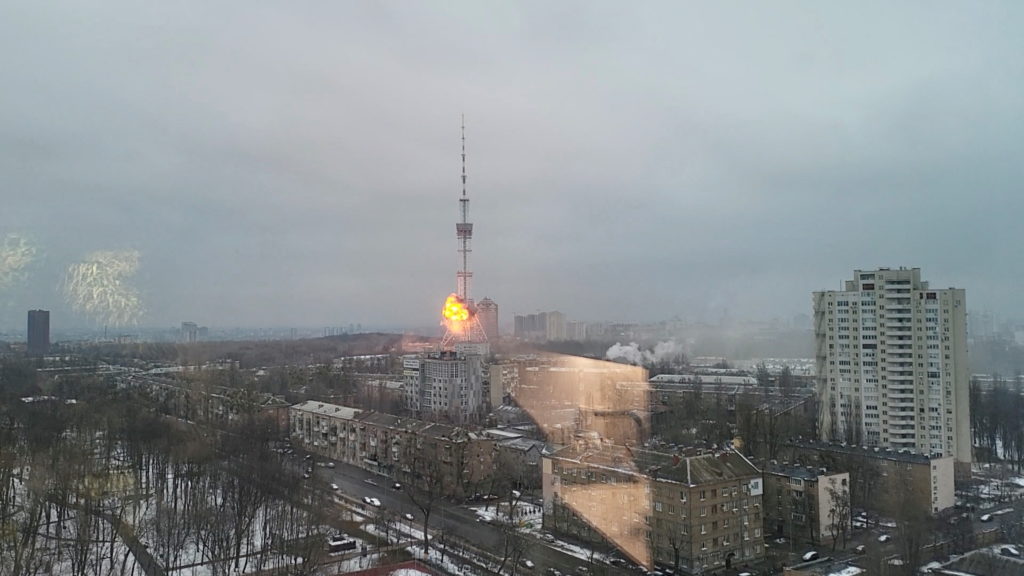 As Russia’s war on Ukraine continues to hold the global centre stage, the BBC is marking 30 years of serving its Ukrainian-speaking audience.

The Ukrainian service was the BBC’s first non-Russian language service for the post-Soviet states.  First based in London, with correspondents in Ukraine, the service then moved to digital platforms, primarily delivered from Kyiv.  Its TV news programme is produced in and presented from London.

Senior Controller of BBC News International Services and Director of BBC World Service, Liliane Landor, says: “The excellent work of the BBC’s Ukrainian service has gone from strength to strength over the decades.  Their coverage of the war really showcases their outstanding and often selfless professionalism, as demonstrated by each and everyone in the team.  Their journalism has been crucial, both for their direct audience and for the BBC’s UK and global audiences.”

As Russia launched its assault on Ukraine in the early hours of February 24th 2022, the BBC News Ukraine website bbc.ua started its live coverage, Russia’s war against Ukraine. Published as the first explosions shook Kyiv, the live page, maintained by contributions from every member of the team, hasn’t stopped its flow of comprehensive reporting and analysis.

Since February 24th, the BBC News Ukraine TV news bulletin has been extended from 15 to 30 minutes.  During the first two weeks of the war, to keep the viewers abreast of the fast-moving developments, the TV team produced a second daily 30-minute edition while also contributing to the BBC’s English-language news coverage.  Weekly channel viewing on YouTube grew tenfold compared to the pre-war period.  Since May 11th, two more national TV channels, Priamyj and 5 Kanal, have been rebroadcasting the BBC News Ukraine TV programme.

BBC News Ukraine Editor, Marta Shokalo, commented: “While each of us, be it in Kyiv or London, has been personally affected by the life-shattering developments, our work as journalists has continued. From the very first day we were fully aware – also on a personal level – how crucial trusted information was when life-and-death decisions had to be made. Those of us in Ukraine learned that we can work anywhere, even in a bomb-shelter.  I’ll always remember the relief after morning and evening rollcalls confirming every member of the team was accounted for and safe. And the unwavering support of the BBC colleagues in London and around the world.”