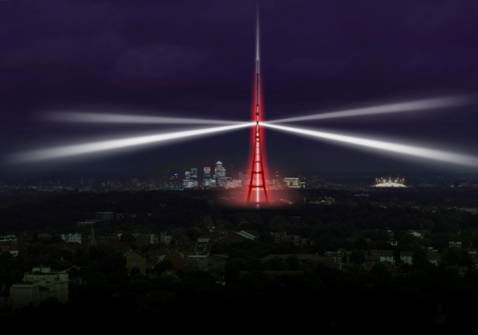 Laurie Patten, Director of Strategy and Regulation at UK broadcast communications infrastructure provider Arqiva, has called in the government to guarantee the future of terrestrial TV and radio services in the UK to 2040 and beyond.

Addressing the Westminster Media Forum on the future of UK media policy, Patten told delegates that a key question the UK faces is what it wants to do with traditional broadcast services looking to the future, “those TV and radio services delivered through your aerial that underpin the Freeview service,” he added.

“It’s important to remember that the conventional narrative in London or in policy of tech circles is not necessarily the conversation that is being had across the rest of the country,” he stressed, noting that platforms such as Netflix, Amazon Prime and Disney Plus had grown heavily in recent years. “But the reality of our viewing and listening habits is a great deal more complicated than the easy line that we’re now a ‘nation of streamers’,” he admitted.

According to Patten, an important consideration is security of supply and not putting all one’s eggs in one basket. “A bit like road and rail, it’s better to have complementary systems that reinforce each other rather than choosing just one,” he suggested. “A hybrid media landscape with both streaming and broadcast would mean, for example, that our country would have greater protection if the worst happened through a cyber-attack. We should seek to retain resilient and diverse critical national infrastructure,” he advised.

“Through the Broadcast 2040+ campaign, we’re calling on the Government to come forward now and nail its colours to the mast, and guarantee the future of terrestrial TV and radio services in the UK to 2040 and beyond,” he said.

“On current plans there is only certainty for the provision of these services in the UK until the early 2030s. That may feel like a long way away, but in this debate it’s closer than you might think. In reality there are a number of technical decisions the UK is going to have to take if we’re serious about preserving broadcast services in the coming years,” he suggested.

“We believe that a public commitment from Government will help focus negotiations at next year’s World Radiocommunication Conference, where countries will negotiate how much spectrum should be used for broadcasting globally and how much should be devoted to other services,” he recommended.

“We should not forget that the UK’s voice carries weight internationally. A bold statement from our Government now will let other negotiators know the priority we place on these services – and could make all the difference in pushing discussions along to a good policy outcome,” he concluded.