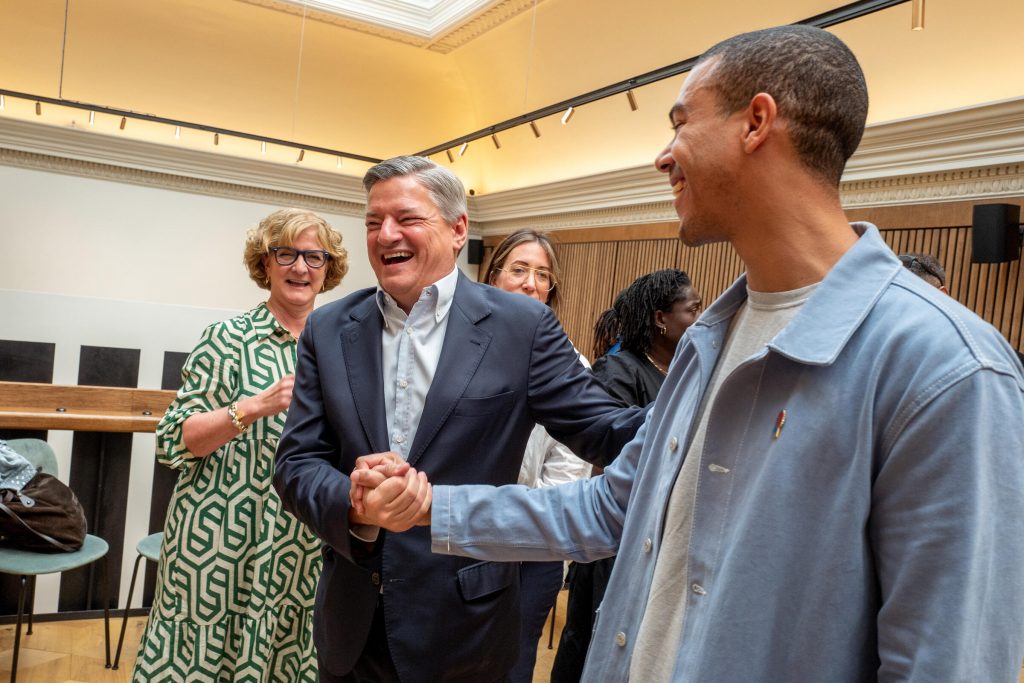 BAFTA has welcomed Ted Sarandos, Co-CEO and Chief Content Officer of Netflix to its headquarters at 195 Piccadilly to meet with past and present participants of BAFTA Breakthrough: a flagship programme, supported by Netflix, that spotlights and nurtures the next generation of creative talent in film, games and television.

The programme, which celebrates its tenth anniversary next year, cements BAFTA’s mission to support the growth of creative talent across the film, games and TV industries. The scheme expanded globally in 2020 to the US and India, alongside the UK, after its initial national launch in 2013 as Breakthrough Brits.

BAFTA and Netflix are currently seeking the next US cohort, with applications closing on August 5th. BAFTA Breakthrough offers access to career development, networking opportunities and bespoke support at a critical ‘breakthrough’ career moment, enabling emerging creatives to build on their success and ensure continued development in their chosen field.

Sarandos said: “It’s always been really important to us at Netflix to support the next generation of upcoming talent, so it’s great to be part of the BAFTA Breakthrough initiative. Supporting hundreds of talented creatives, this programme provides unparalleled access to career development, industry experts and networks that serve as a catalyst for them to get to the next level. It was great to hear first-hand today from UK participants on the impact and we look forward to seeing the next cohort come through.”

Krishnendu Majumdar, Chair of BAFTA added: “Supporting the next generation of creatives through initiatives such as Breakthrough are essential to BAFTA’s mission as an arts charity. Today [July 8th] we had the pleasure of hosting Ted Sarandos and his Netflix team at BAFTA 195 Piccadilly. This was a great opportunity for him to meet UK participants and alumni as part of their programme of bespoke support.  We are hugely thankful to Netflix for their generous support and shared values, ensuring that the next generation of talent are inspired, supported, and celebrated in their respective fields and crafts.”