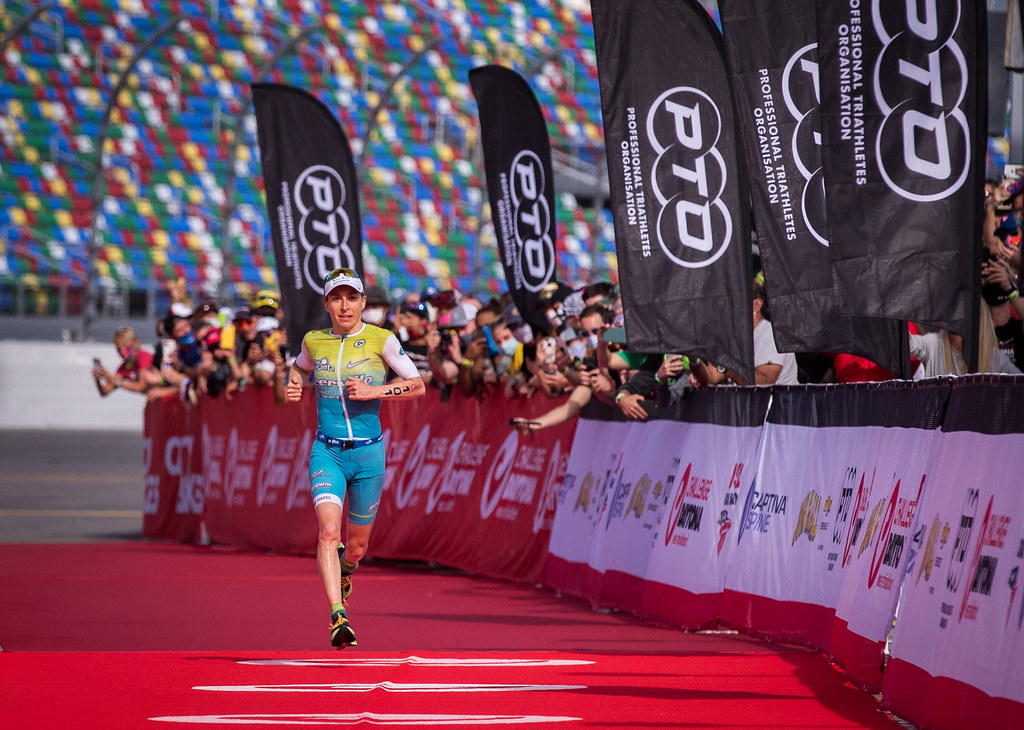 The Professional Triathletes Organisation and Warner Bros Discovery have announced an exclusive multi-year partnership to broadcast live and on-demand coverage of the new PTO Tour – a series of global events featuring the world’s best triathletes.

Starting with the PTO Canadian Open in Edmonton on July 23rd-24th live on Eurosport 1, the agreement will see exclusive live coverage in 50 territories across Europe on its linear channels and be streamed via discovery+, the Eurosport App and GCN+.

The deal builds on Warner Bros Discovery’s broadcast of the inaugural Collins Cup last year, the PTO’s flagship race that pits Europe versus Internationals versus USA. That event reached a live and on demand TV audience in more than 175 territories.

“The global broadcast viewing figures for the Collins Cup in 2021 surpassed all expectations and demonstrated that there is an appetite for compelling live broadcasts of triathlon events that appeal not only to the fans of endurance sports, but also to the general sports enthusiast,” explained Tim Godfrey, Chief Marketing Officer at the PTO. “That success, combined with the great numbers and engagement we saw around the Herbalife24 PTO Pro-Am broadcast in May this year, helped shape our thinking on how to build this new partnership, which includes more standout events and an exciting combination of live, shoulder programming and editorial content across Warner Bros. Discovery’s impressive broadcast, digital and social platforms. This partnership around the PTO Tour is primed to take the sport and its superhuman athletes to the next level.”

Trojan Paillot, Vice President, Sports Rights Acquisitions and Syndication, Warner Bros Discovery Sports Europe, added: “The new PTO Tour is a fantastic proposition, as we saw first-hand from the Collins Cup last year. We are hugely excited to provide the scale and expertise of Warner Bros Discovery Sports, using the reach of our broadcast network and engagement at scale of our digital platforms to support the growth of the PTO Tour. We have a unique ability to reach audiences wherever they are choosing to consume support – whether on TV, streaming or online. Alongside the breadth of coverage, content and programming we will present, this ensures we will engage existing and new fans of triathlon across Europe and beyond.”

Scott Young, Senior Vice President, Content and Production, Warner Bros Discovery Sports Europe, commented: “As Home of the Olympics in Europe, we know triathletes have some of the most compelling stories in sport. Our role as storytellers is to bring these stories to as many people as possible, offering the PTO and its athlete members a year-round platform to showcase their extraordinary talents. We will bring these stories to current and new audiences alike, supported by Warner Bros Discovery’s extensive sports and entertainment expertise and the PTO’s outstanding production and capabilities to help tell the athlete’s stories. Taken together, this offers the potential to elevate and grow the sport as we establish an undisputed ‘Home of Triathlon’ for fans everywhere.”

The PTO Tour race schedule for 2022 includes: the PTO Canadian Open (July 23-24); the second edition of $1.5 million Ryder Cup-style Collins Cup (August 20); and the first PTO US Open (September 17-18). In 2023 and 2024, the PTO Tour plans to expand with the PTO European Open and the PTO Asian Open, alongside their US and Canadian equivalents and The Collins Cup.