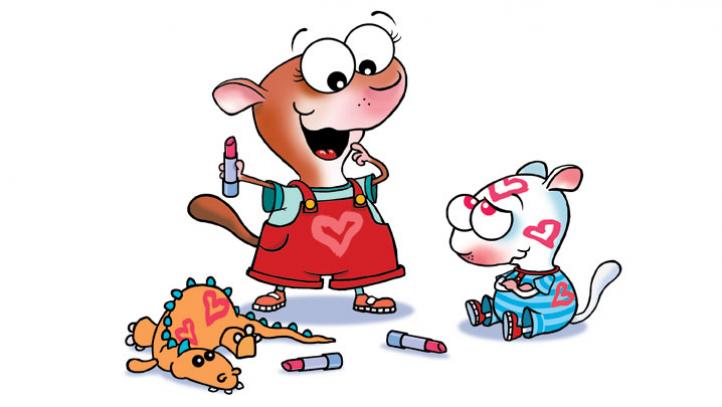 Distribution360 (D360) has announced a raft of new sales across its kids’ catalogue. Covering scripted, competition and educational programmes, as well as live-action and animated pre-school titles, these new sales cover five continents, reaching every corner of the globe.

The marblemedia-produced live action comedy series The Parker Andersons / Amelia Parker (20 x 30), has been acquired by UPtv in the US, ABC in Australia and TVNZ in New Zealand. This inter-connected series follows the funny everyday of this diverse, newly blended family. Half the episodes are told from the family perspective and half from the point of view of tween daughter Amelia.

Elsewhere in the US, Future Today has acquired live-action kids’ culinary series Tastebuds (33 x 30), produced by marblemedia, and natural history title AnimalFanPedia (26 x 11) from Mobius.Lab Kids. Other buyers picking up AnimalFanpedia include Knowledge Kids in Canada and DuoMedia in Estonia, Latvia, and Lithuania.

DuoMedia has also picked up two edutainment series from GAPC Entertainment, ScienceXplosion (45 x 3.5) and MathXplosion (50 x 3) and seasons 1-4 of marblemedia’s All-Round Champion (44 x 60), the sports series where young athletes compete in each other’s events to decide the best overall athlete. Also buying All-Round Champion is Akili in Kenya, which has acquired all four seasons and RTM in Malaysia which has taken seasons 1 and 2 (22 x 60’) along with Skyship Entertainment’s pre-school title Caitie’s Classroom (26 x 22).

And finally, beIN Media Group has picked up the second season of Yaya & Zouk (68 x 5, pictured), produced by ToonDraw Productions, as well as GAPC’s ScienceXplosion (45 x 3.5) for the Middle East.

Diane Rankin, Distribution360’s SVP rights and executive producer comments: “These recent sales demonstrate not only the breadth and depth or our evolving kids’ catalogue but also the wide appeal that our content continues to have with broadcasters, platforms, and viewers all over the world. As we head into Kidscreen, we are excited to build on our relationships with global buyers and introduce new titles in development to the market, while sharing our passion for bringing engaging content to kids, tweens, and family audiences everywhere.”