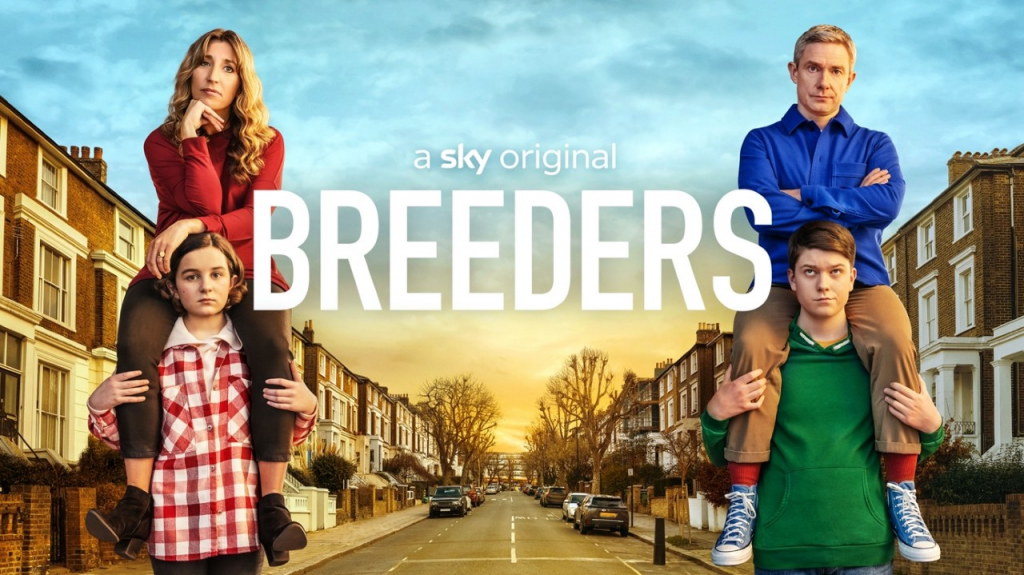 Sky Original comedy Breeders starring Martin Freeman (The Responder, Black Panther: Wakanda Forever) and Daisy Haggard (Back to Life) has been renewed for a fourth season by Sky and FX, who co-commission the series in the UK and US respectively.

Meanwhile the critically acclaimed third seasonwhich continues to explore the challenges of modern parenting, is available on Sky Comedy and streaming service NOW in the UK and Ireland.

Zai Bennett, MD of Content at Sky UK & Ireland says: “This uniquely honest and hilariously entertaining comedy about the pitfalls of parenting really strikes a chord with UK audiences. It’s fabulous news that we can announce Season 4 before audiences get to watch Season 3 on Sky later this month. We’re in for a treat and thanks to Avalon and FX for continuing our partnership to see what’s next for the Worsley family.”

In season three, Breeders continues its bittersweet look at the struggles of modern parenthood, starting just days after season two ended, as the Worsley family reels from teenage Luke (Alex Eastwood) punching his dad, Paul (Martin Freeman). Paul’s moved out and is staying at his mother-in-law Leah’s (Stella Gonet) house. He should be lonely but actually the simpler life has its appeal.  Eventually, though, amends with Luke must be made. Meanwhile Ally (Daisy Haggard) has her own problems – with work, with early menopause and with her increasingly strained relationship with her newly adolescent daughter, Ava (Eve Prenelle).