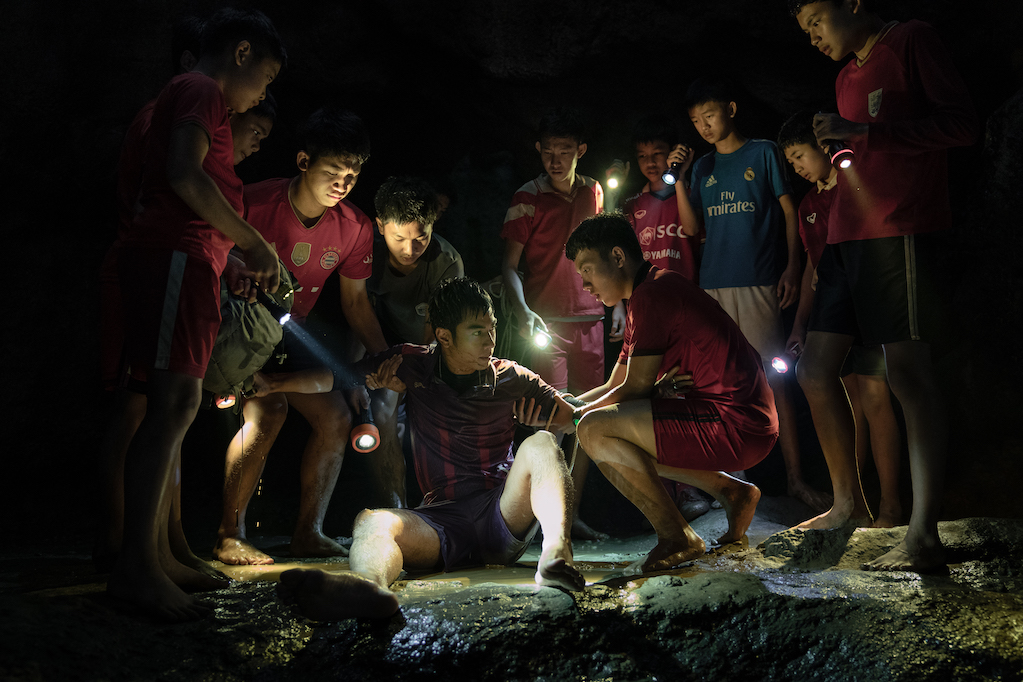 In summer 2018, 12 boys from the same football team decided to spend an afternoon with their coach exploring the Tham Luang caves in northern Thailand. When heavy rainfall flooded the caves and trapped them inside, what was supposed to be a fun excursion turned into a massive international rescue operation that transfixed the world.

This extraordinary story will now unfold in Thai Cave Rescue through the untold perspectives of the boys at the center of the rescue. Netflix has partnered with filmmakers from Thailand and across the world for this new series, which will premiere for audiences worldwide on September 22nd.

Filmed entirely in Thailand, the show features exclusive insights from the young members of the Wild Boars football team and their experiences at the limit of human endurance, as well as the experiences of their families and the vast global team that came together to save them.

Created by Michael Russell Gunn (Billions, Designated Survivor) and Dana Ledoux Miller (Designated Survivor, Narcos), the six-episode limited series is directed by Baz Poonpiriya (One for the Road, Bad Genius) and Kevin Tancharoen (The Brothers Sun, The Book of Boba Fett, Warrior) and showcases a dramatised retelling of the rescue that gripped the world.

Poonpiriya said: “Thai Cave Rescue is the first opportunity for audiences worldwide to see the Tham Luang story in a new and more emotional light — centering the perspectives of the 12 Wild Boars, Coach Eak, and heroes like Saman ‘Ja Sam’ Gunan, whose lives beyond the operation remain largely outside the public spotlight. I am very proud to have this opportunity to tell the stories behind the faces and names we have come to know well over the course of this world-famous rescue operation.”

Tancharoen added: “As a Thai American, I feel so incredibly fortunate to help tell this story through the lens and soul of the Thai people. I wanted to bring my experience of telling big superhero stories to the real world. One where real-life superheroes worked together for a common cause regardless of where they were from, and the only superpowers are the perseverance of the human spirit and what we can accomplish when we work together.”

Russell Gunn added: “For us, Thai Cave Rescue is ultimately a story about family and what we decide family should be. From the boys’ own parents and guardians to thousands of local and international rescuers joining the mission, this was the entire world coming together as one big family. We intended for the show to cover not just the rescue operation but also what the Wild Boars went through inside the cave, and we believe our focus on achieving authenticity – from characters and languages to locations and emotions – will shine through and make an impact on viewers worldwide through Netflix.”