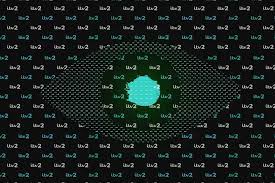 The Big Brother house has a brand new home, as the global television phenomenon makes its much-anticipated return to UK television and moves onto ITV2 and ITVX from 2023.

A new cast of carefully-selected housemates, from all walks of life, will take up residence in the world’s most famous reality TV home for up to six weeks, with cameras capturing their every move, and the nation following every twist and turn.

The action will all play out under the roof of the iconic Big Brother house, which will be given its own contemporary new look ready for this reimagining of the show. Clever tasks, nail-biting nominations and live evictions will be back, with the public once again playing a crucial role, voting throughout the series and ultimately determining the winner, who will walk away with a life changing cash prize.

“This refreshed, contemporary new series of Big Brother will contain all the familiar format points that kept viewers engaged and entertained the first time round, but with a brand new look and some additional twists that speak to today’s audience,” explained Mortimer. “We’re beyond excited to bring this iconic series to ITV2 and ITVX where it should especially engage with our younger viewers.”

“Big Brother is the original and best reality format and one that I have never made before so it’s a huge privilege to be making an all new version with ITV2 and ITVX,” added Znak. Working with Claire O’Donohoe and the talented team at Initial, Katy Manley and Cat Lynch. This is going to be epic!”

Big Brother first hit screens in the Netherlands in 1999. Since its debut, over 500 series of the show have aired around the world in over 64 countries and regions. Globally, the format has maintained huge popularity, 2021 being one of its strongest years yet with 30 productions airing across 25 markets.

In the UK, Big Brother first aired on Channel 4 and ran for a total of 11 series, plus seven series of Celebrity Big Brother and a final special edition series entitled Ultimate Big Brother. The show subsequently aired for a further eight series on Channel 5, with an additional 15 celebrity series, before going on hiatus in 2018. The upcoming 2023 series on ITV2 and ITVX will mark the first time Big Brother returns to UK screens in almost five years.